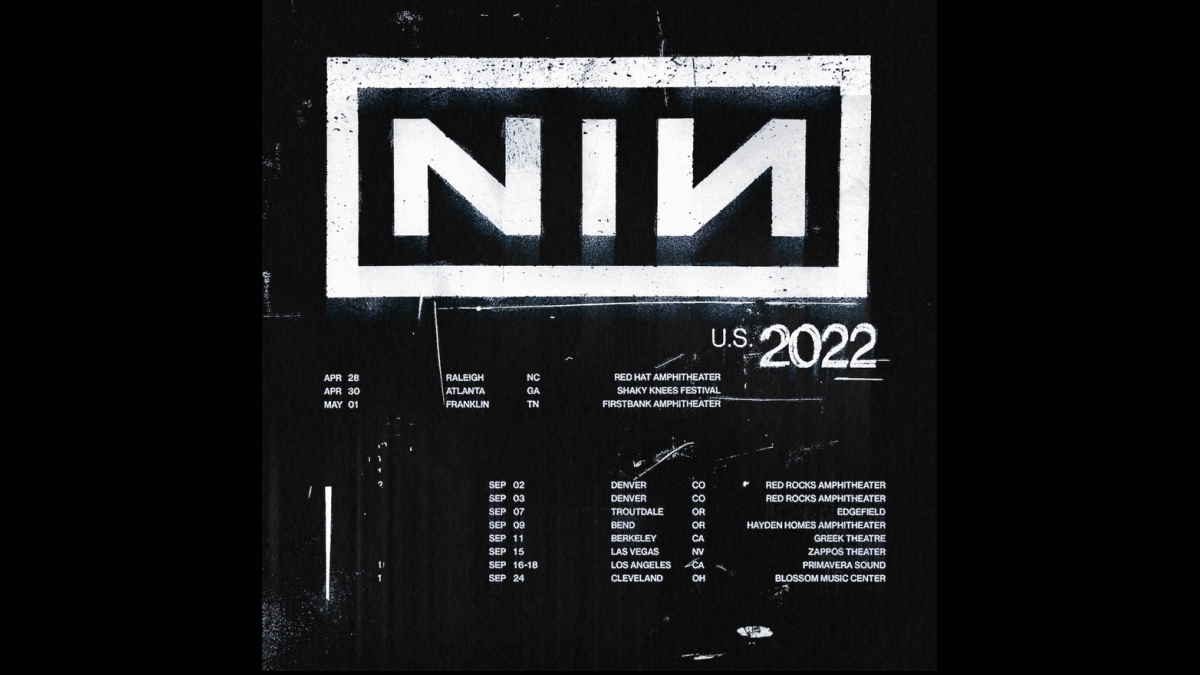 Nine Inch Nails have announced that they will be returning to the live stage this year with several U.S. headline performances along with music festival appearances.

The band will launch the dates on April 28th in Raleigh, NC at the Red Hat Amphitheater and will wrap things up with a very special one night only show on September 24th in Cleveland, OH at the Blossom Music Center with special guests Ministry & Nitzer Ebb.

In addition to the stand-alone headline dates, NIN will also be doing headline sets at both the Shaky Knees Festival in Atlanta on April 30th and Primavera Sound in Los Angeles in September. See all of the dates below:
4/28 Raleigh, NC Red Hat Amphitheater