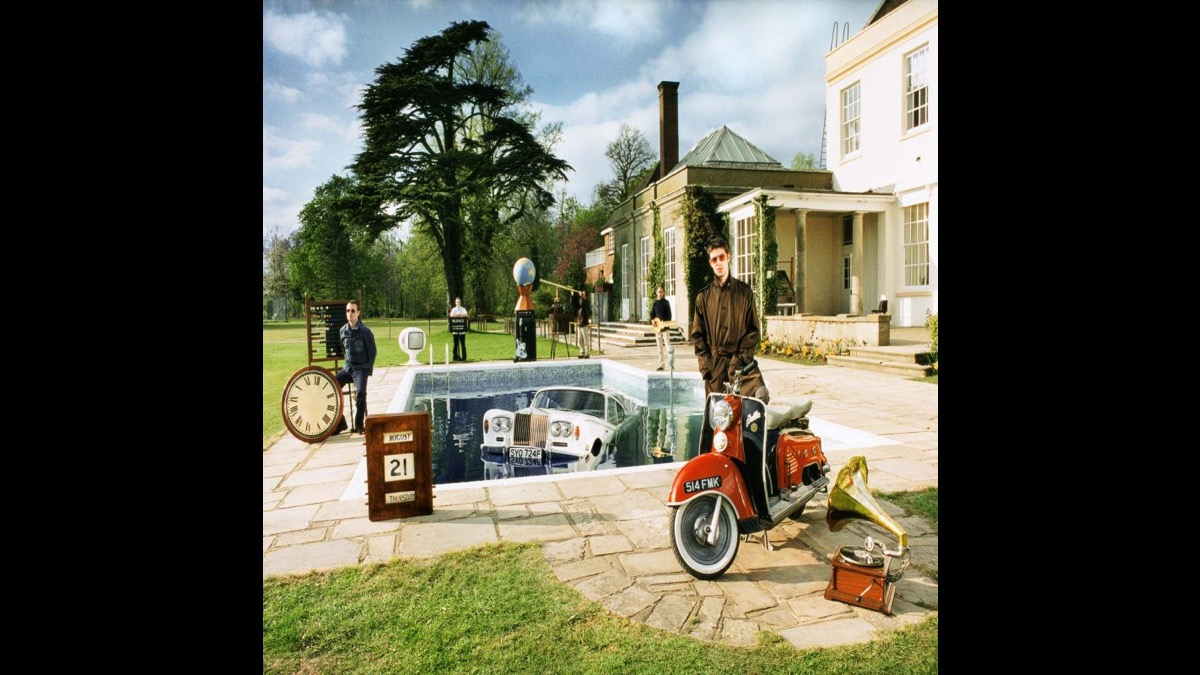 (hennemusic) Oasis are streaming an upgraded HD video for "All Around The World" ahead of the August 19 release of a 25th anniversary reissue of "Be Here Now."

New limited-edition collectors formats will be available to celebrate the album anniversary; these include a double silver colored LP on heavyweight vinyl (pre-order here,) plus a picture disc, cassette and merch bundles exclusively available on the official store.

"Be Here Now" followed the success of 1995's "(What's the Story) Morning Glory?" - Oasis' biggest selling album and the record that broke them globally.

The previous summer, Oasis played to more than 250,000 people over two nights at Knebworth, with an astounding 2.5 million people applying for tickets. Released at midnight on Thursday, August 21, 1997 - at a time when most albums were released on Monday - "Be Here Now" sold a staggering 400,000 copies on the first day in the UK, with 663,400 sales in just 3 days.

The record was No.1 in fifteen countries and remained at the top of the UK Album Chart for 4 weeks. To date, it has the most album sales in the first seven days of release in UK Official Chart history, and has sold over 8 million copies globally.

Stream the upgraded HD video and watch the trailer for the reissue here.