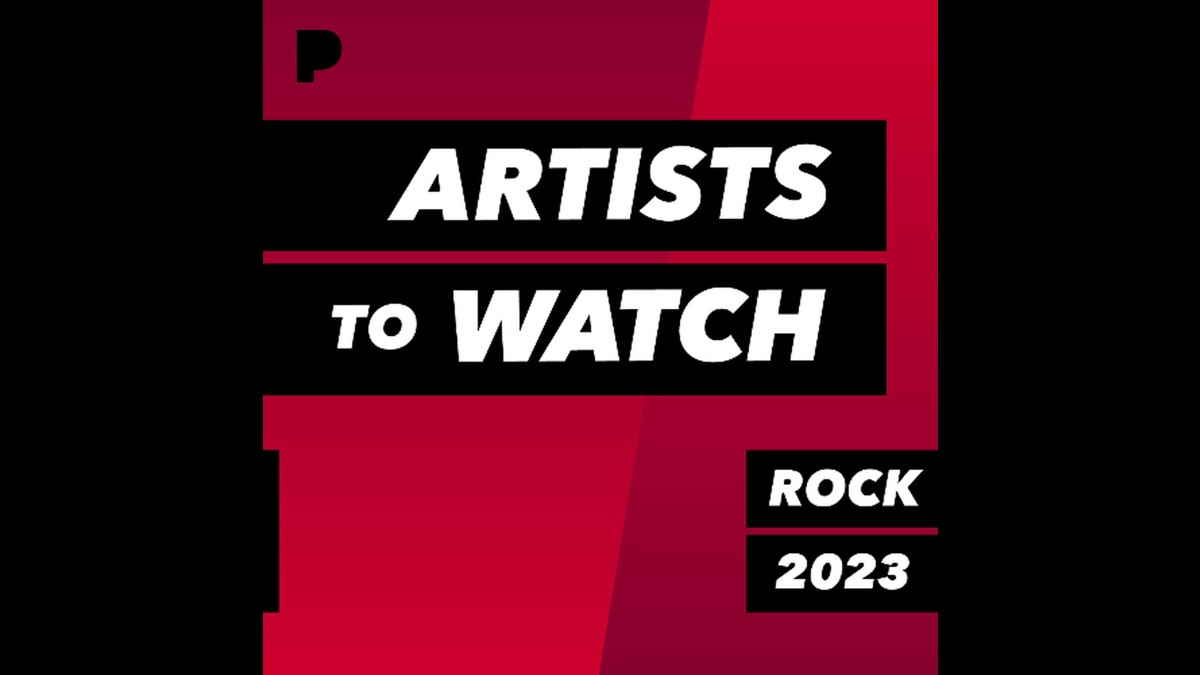 (Spinlab) Pandora have revealed their predictions of which emerging Rock artists will make the greatest strides next year -- Pandora's Rock Artists to Watch 2023.

Combining sophisticated analysis of listener data with its programmers' insights, Pandora programmers have selected the acts they believe are destined for greatness in the coming year. See the list of artists below:

Architects: Architects recently released the album, the classic symptoms of a broken spirit via Epitaph. The follow-up to last year's critically acclaimed album For Those That Wish To Exist, they barely had time to celebrate success when they began the process of writing the songs that make up the new record. Produced by Dan Searle and Josh Middleton, with additional production from Sam Carter at Deacon's Middle Farm Studios and their own HQ, Electric Studios in Brighton, layers of electronic and industrial elements infuse the album with a blast of energy that sets the cinematic moodscape for the 11-track ride.

Bad Omens: Bad Omens materialize with ghostly atmospherics, striking hooks, and the tingles of sensual high-register harmonies uplifted by cinematic production. The band present an uncompromising and undeniable vision on their album, The Death of Peace of Mind, out on Sumerian Records. Bad Omens recently scored a viral hit with "Just Pretend" and is wrapping up a great year with a headlining North American tour with Dayseeker, Make Them Suffer, and Thousand Below.

Dayseeker: Dayseeker has steadily built a buzz over the past few years - and they have reached a tipping point. The band built themselves into a scene standout with 2019's Sleeptalk, which earned them a huge following and positioned the band as a formidable force - and one that is primed to take its next big leap. Now Dayseeker's new album, Dark Sun, is set to catapult the band beyond the scene's stratosphere. The band recently wrapped up a U.S. tour with Bad Omens and played festivals such as Blue Ridge Rock Fest, Welcome to Rockville, and others this year.

Eva Under Fire: If you think rock n' roll fairy tales are a thing of the past, you haven't met Eva Under Fire. These Detroit rock upstarts got their start five years ago and instantly began cutting their teeth in the underground rock scene, building an enthusiastic fan base the old-fashioned way. However, the band's trajectory shifted toward the stratosphere when they sent an unsolicited demo to Better Noise Music, who recognized the band's hybrid of rock, metal, pop and classic rock as something wholly unique. Inspired by everyone from the Deftones to Duran Duran, their album Love, Drugs & Misery combines soaring melodies and relentless riffing with the powerful pipes of vocalist Eva Marie, who passionately spreads the band's inclusive message of hope during these uncertain times.

Fame on Fire: Fame on Fire is genre-defying and pushing the boundaries of rock, by infusing Hip Hop and metal and unapologetically being themselves. Unpretentious, honest, and boldly brash, Fame On Fire has delivered a diverse, energetic, and emotionally-wrenching collection of songs across their two albums, Welcome To The Chaos and Levels. They've also been known to kill a cover or two.

Loveless: Seamlessly blending the sounds of the aughts with a fresh and modern twist, the Los Angeles band Loveless combines elements of pop, rock, and emo for a sound entirely their own. After finding success on the Billboard charts with their version of Elley Duhé's "MIDDLE OF THE NIGHT," Loveless returns with their show-stopping End of an era EP, featuring the single "Worst Case Scenario." While they grew a loyal fan base with their covers, the focus for Loveless now shifts to their original music. While this may be the End of an era, this is just the beginning for Loveless.

Memphis May Fire: Four-piece rock band, Memphis May Fire, channel a generation's worth of angst, frustration, and pain, with a focused blend of gigantic melodic hooks and crushing aggression. Even after topping Billboard's Hard Music Albums chart, Memphis May Fire refuses to sacrifice who they are or the people who made them. In fact, Remade in Misery is the heaviest Memphis May Fire record yet, as illustrated by the standout album track, "Misery."

Rain City Drive: Rain City Drive singer Matt McAndrew (who was featured on NBC's "The Voice") adds a refreshing pop-melodic swagger to the heavy riffs and songsmanship that has helped the band amass a staggering following, positioning the band to make new waves within a genre ready for a shake up. Songs from their self-titled album, like "Waiting On You," "Cutting It Close," "Dreams" and the current single, "Blood Runs Cold," mark an impressive new beginning for the band who recently wrapped up major U.S. tours with Memphis May Fire, Set It Off and are in the midst of tour with Royal Coda and Eidola. Look for them on tour in the spring with Our Last Night and Fame On Fire.

Solence: Swedish band Solence has their sights on global domination. The band, composed of Markus Videsäter, David Vikingsson, David Strääf, and Johan Swärd, has amassed a huge international following and solidified their spot in the new generation of rock music. David and Markus are also the music masterminds behind some of the biggest charting singles of today, including hit songs from Bebe Rexha and Jason Derulo. With several gold and platinum records under their belt, the band is fullsteam ahead on carving out their own space in rock history with recent standout tracks like "Rain Down" and "NuBlood (ft. Fame On Fire)."

Spiritbox: Formed in 2017 by husband and wife duo Mike Stringer and Courtney LaPlante, Spiritbox's music is characterized by fierce intensity, unwavering emotion and technical splendor. Having topped the Billboard top 200 at #13 in the United States, top of the rock charts in Canada, broken the top 10 in Australia and the top 20 in the U.K. and Germany, the impact of their debut album Eternal Blue's powerful imagery and spectacular songwriting continues to send shockwaves across the globe on tracks like "Rotoscope."