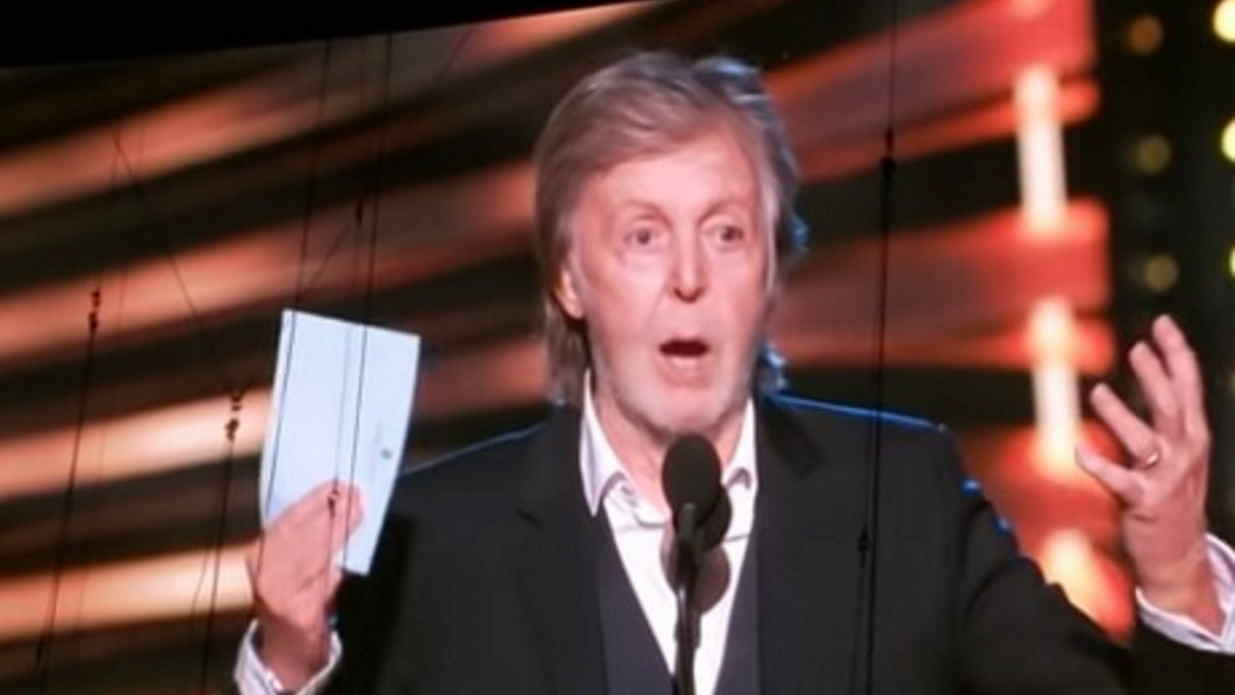 (hennemusic) Paul McCartney inducted the Foo Fighters into the Rock And Roll Hall Of Fame during the 36th annual event in Cleveland, OH on October 30th, which became a top 21 story from November 2021.

McCartney took center stage to welcome the Foo Fighters to the Rock Hall with a speech that, as Rolling Stone notes, outlined the common history that he and longtime friend Dave Grohl shared through first, their fandom of rock and roll, and second, their careers as recording and touring musicians.

"OK, so me, a teenage kid in Liverpool, just an ordinary kid going to school like everybody else; and then one day, I heard some music and I fell into rock & roll," explained McCartney. "So when that happened ... I joined a group; my group was the Beatles. ... Dave did a similar kind of thing; he joined a group, Nirvana.

"Anyway, so me, I'm gonna name my new group, and I call them Wings," he continued. "So Dave's got the same problem, and he's got to think of a name for the group, so he comes up with "Foo Fighters."

The two rockers now also share another milestone: with Grohl's original 2014 entry as a member of Nirvana ahead of the 2021 honor, both have now been recognized as two-time inductees into the Rock Hall (McCartney previously entered as a member of The Beatles and as a solo artist).

After a short video history of the band, the Grohl-led outfit performed a three-song mini-set that included their 2005 hit, "Best Of You", 1997's "My Hero" and the fan favorite, "Everlong."

Each member of the Foo Fighters the delivered a brief speech thanking various parties for their support - including each other - before closing out the evening with McCartney joining them for a version of The Beatles classic, "Get Back."

The 2021 Ceremony will on November 20 on HBO and stream on HBO Max alongside a radio simulcast on SiriusXM Rock & Roll Hall of Fame Radio (310) and Volume (106). Watch fan filmed footage of McCartney's speech, the Foo Fighters performance and the "Get Back" finale here.