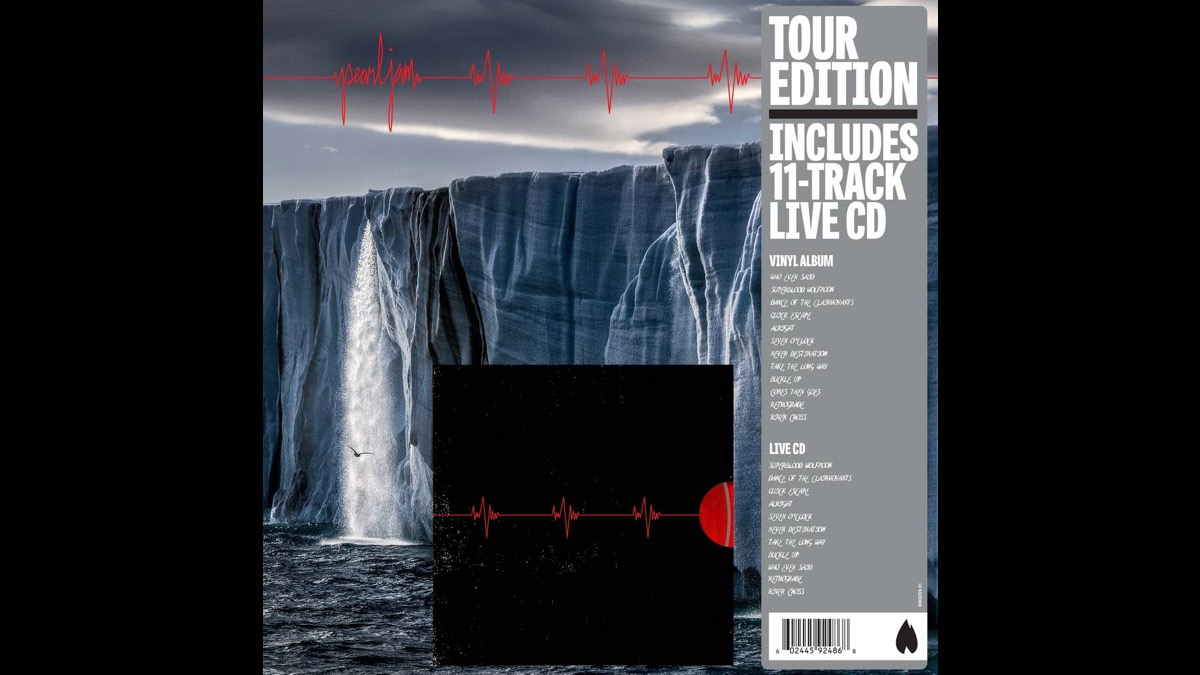 Pearl Jam have announced that they will release the Gigaton (Tour Edition) on Friday July 8th that will features 11 live songs recorded during the band's return to the road in 2021 alongside the original 2020 album, "Gigaton".

The special release is available digitally on all DSPs now and will be released as in limited-edition LP/CD combo only in Independent Record Stores across the country here.. Members of the Pearl Jam Ten Club may order it as a standalone CD, beginning July 8.

The (Tour Edition) consists of live renditions of "Dance Of The Clairvoyants," "Superblood Wolfmoon," "Retrograde," and more. See the track listing below: