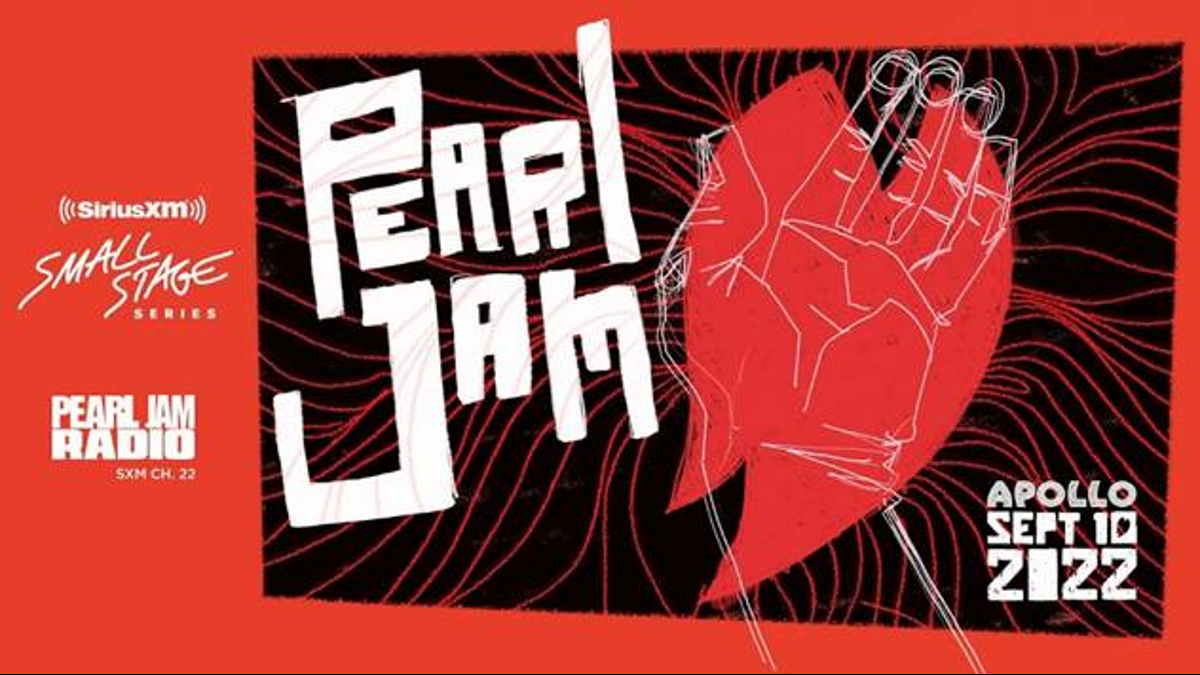 (SiriusXM) Pearl Jam will perform at the historic Apollo Theater in a special invitation-only concert as part of SiriusXM's Small Stage Series on Saturday, September 10.

The exclusive concert marks the first time that Pearl Jam has performed at the iconic theater and will be the first U.S. date of the band's fall tour. The show was originally planned around the release of the group's critically acclaimed chart-topping eleventh full-length, Gigaton, originally released in 2020. In celebration of the album and subsequent tour, the band has released the revamped Gigaton (Tour Edition). It features 11 live songs recorded during the band's triumphant return to the road in 2021.

"As we promised in 2020, and for the first time, we are thrilled to bring one of the greatest rock bands ever to the legendary Apollo Theater for a historic, once-in-a lifetime, performance exclusively for our SiriusXM subscribers," said Scott Greenstein, SiriusXM's President and Chief Content Officer. "Pearl Jam Radio has become a primary destination for fans and they won't want to miss this."