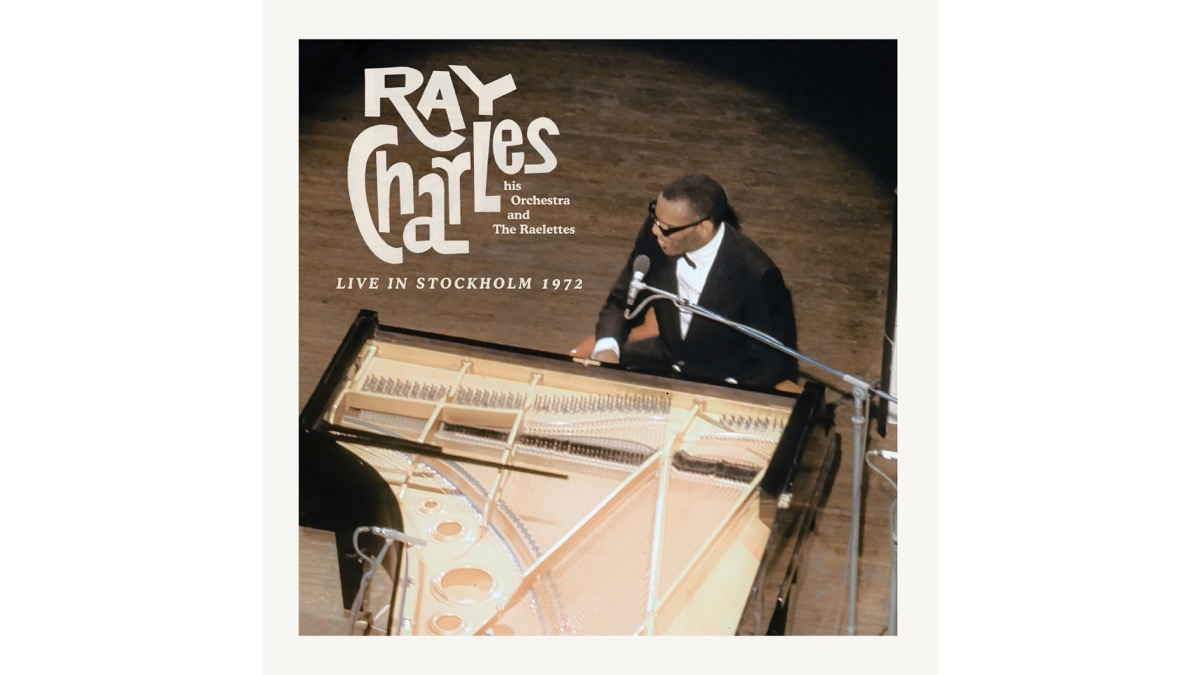 The previously unreleased Ray Charles Live In Stockholm 1972, which was just discovered in 2021, will be released on May 6th on vinyl and on all streaming services for the very first time.

We were sent these details:" This recording captures Charles at the height of his powers in one of his best live recordings ever. Recorded on a magical night in Stockholm, this set faithfully captures great moments and arrangements often heard in Ray's live performances but rarely, if ever, on record.

The evening begins with a rip-roaring rendition of Ray's classic concert opener, "Alexander's Ragtime Band" followed by an electrifying "What'd I Say". Ray then delivers two more rarities, a gut-wrenching bluesy rendition of "I've Had My Fun" followed by "Games People Play," a number that features each of Ray's legendary 1972 Raelettes.

The set continues with Ray's unique live arrangements of "Don't Change On Me" and "I Can't Stop Loving You" before closing with the hard-swinging band feature "Marie" followed by an extended 8-minute version of "I've Got A Woman" that sees Ray riffing on his 1954 hit, building to a finale that brings the house down.

These live recordings were only recently available exclusively on True Genius, a 6-CD limited edition box set released by Tangerine Records in 2021.