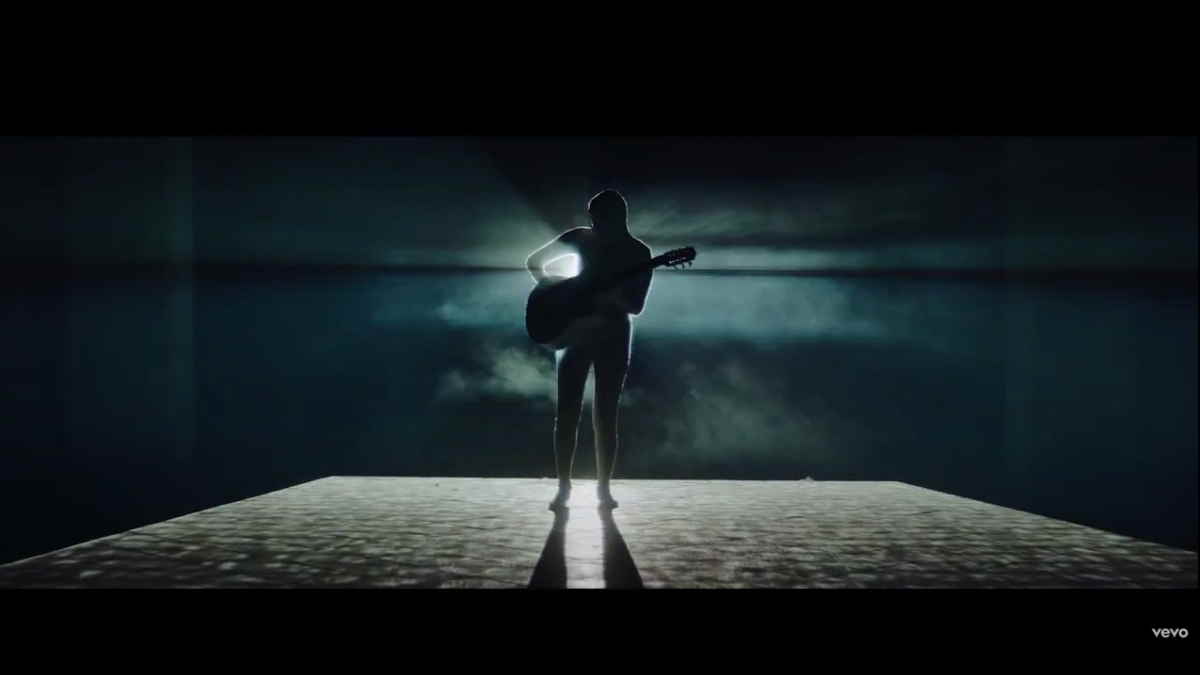 "'The Stages' represent the idea of our ever-lasting presence as awareness," say Rodrigo y Gabriela, "as the only reality there is prior to the existence of our physical body, and any other object that forms what we know as our personalities; meaning, our thoughts, feelings, perceptions, memories, etc.

"We are not preaching or suggesting the way we seemingly experiment with life is the only way to liberate ourselves from unnecessary suffering, we just want to share our own experience based on the origins of "Advaita Vedanta," or most commonly known these days as non-duality. This recognition of our true nature is where the path of no resistance meets the limitless, endless love and happiness we have always been.

"This nine-minute visual, brilliantly directed by Olallo Rubio, is the introduction for our new album, which will expand on the non-dual concept and the recognition of the 'I' prior to everything else. On the untouchable screen on which the movie of our apparent finite reality happens, who do you think we truly are? The screen or the movie?"

"As part of the creative feedback to shoot the collection, Rodrigo and Gabriela shared with me their thoughts around the spiritual concept of non-dualism," says Olallo Rubio. "They gave me a lot of information related to the subject - essays, videos, etc. - and mentioned the four elements - Air, Water, Fire, Earth - as well as several abstract concepts. They also suggested it should be something timeless and not as focused on their guitar playing.

"I gave a lot of thought on how we could translate such complex philosophical and spiritual ideas to dynamic images which could match the quality and intensity of the music. I suggested we represent the interconnectedness, the non-existent difference between subject and object, and the 'illusion of the self,' by introducing Rod and Gab as nameless, faceless characters who become one with the World/Universe through music. Considering the narrative cinematic perspective, we went from the internal and external toxic chaos of modern life to consciousness expansion and beyond. It became an audio-visual-musical interpretation of the journey to reach full awareness."

Each of the nine pieces excerpted on the "Stages" mini videos heralds a groundbreaking new full-length work from Rodrigo y Gabriela, with more music and robust international touring scheduled for 2023. Watch "Stages" below: