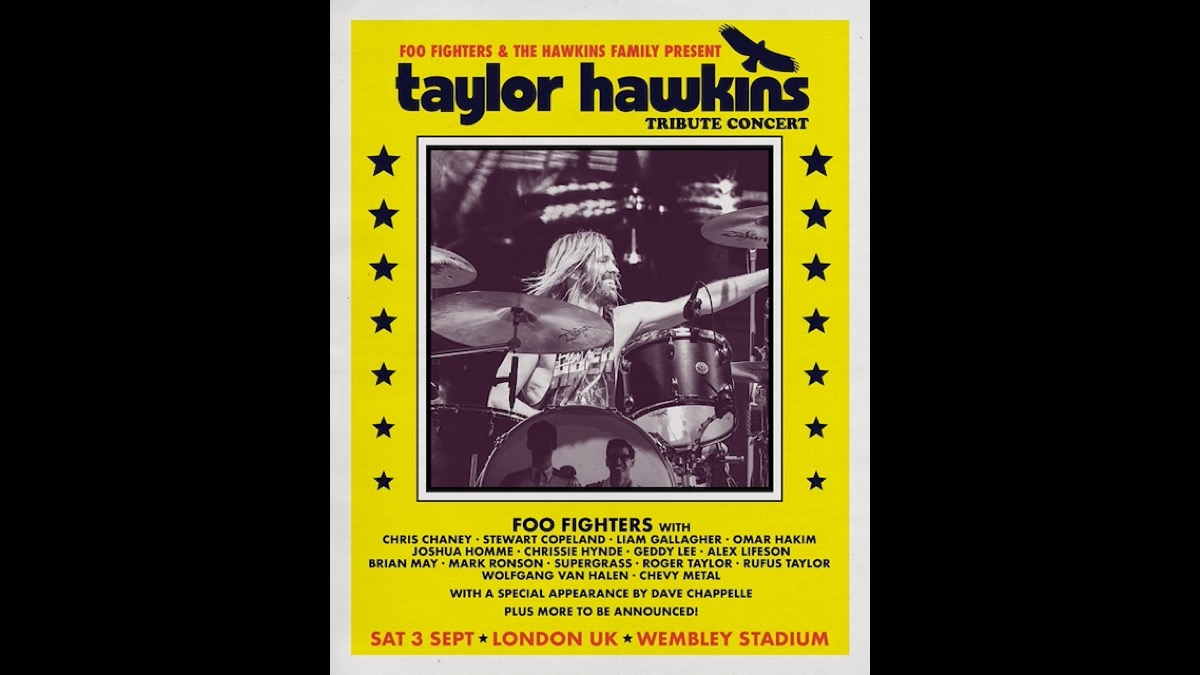 The special event will be one of two special tribute concerts to celebrate the late Foo Fighters drummer. The second concert will be taking place at the Kia Forum in Los Angeles on September 27th, with special guests to be announced.

"Tickets on sale Friday 17 June at 9 AM, local time. The Taylor Hawkins Tribute Concerts will benefit charities in the UK chosen by the Hawkins family. Beneficiaries and further details will be announced shortly."