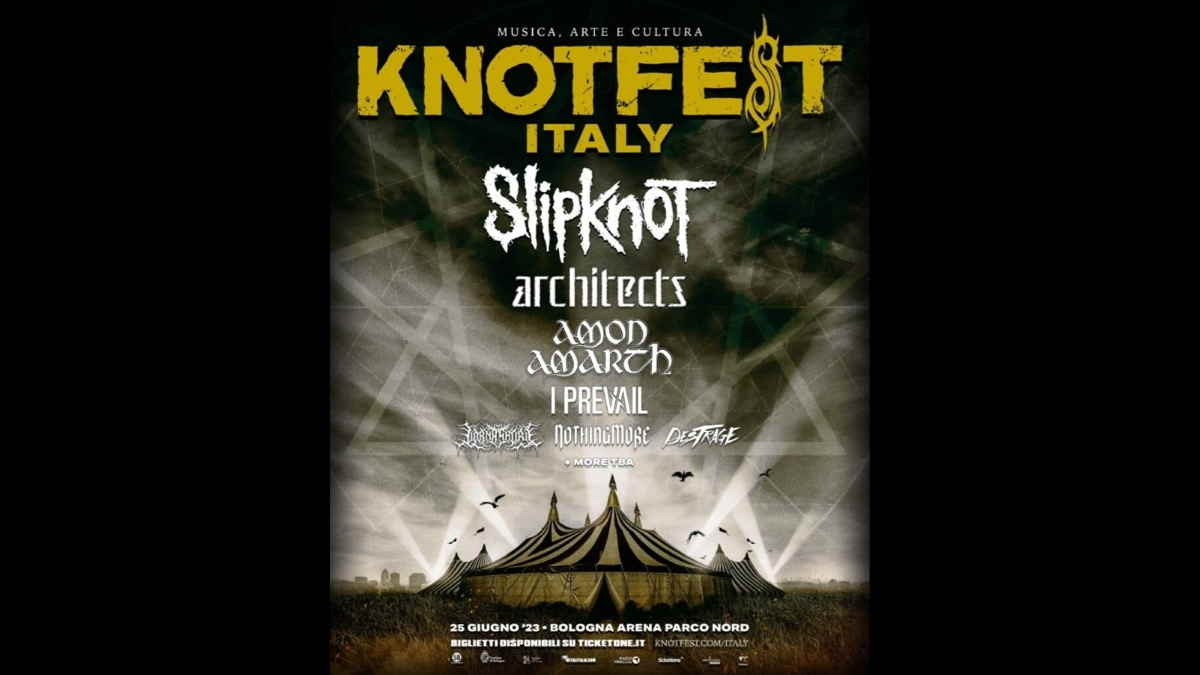 Slipknot continue to expand their Knotfest empire internationally and the masked Iowa rockers have eyed Italy as the next destination for their special music festival.

Knotfest Italy will be inaugurated on June 25th at Bologna Arena Parco Nord and will feature Architects playing in support of their most recent album, "The Classic Symptoms Of A Broken Spirit."

Fans will also be treated to performances from Amon Amarth, I Prevail, Lorna Shore, Nothing More, Destrage, and more acts still to be announced. Tickets go on sale Wednesday (December 7th) at 10 am CET.