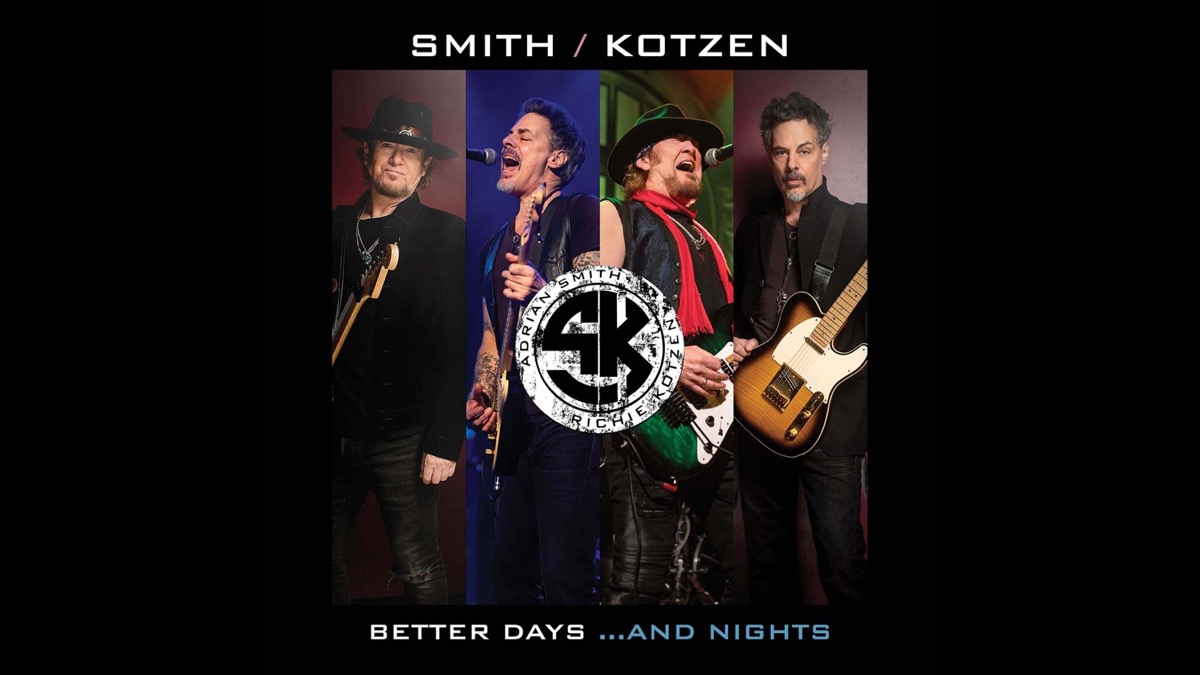 Smith/Kotzen, the band featuring Iron Maiden's Adrian Smith and The Winery Dogs' Richie Kotzen have released a live video for their track, "Hate And Love".

The cut will appear on the band's forthcoming album, "Better Days...And Nights", that will include five previously unreleased live tracks, along with the four studio tracks that were featured on the group's 2021 limited edition Record Store Day 12" vinyl EP, "Better Days." released in conjunction with Record Store Day in November 2021.

Adrian Smith had this to say, "I think everyone in the band was extremely happy with how our very first tour turned out. We were all naturally a little anxious as we'd never played live together before but once we got out there, everything fell into place really easily and we all had a tremendous amount of fun. I can't wait until we can do it again and get to play in many more places next time round."

Richie Kotzen shared, "We spent a lot of time discussing which of the songs from the live show to include on this CD. We wanted to capture an accurate snapshot of the special vibe we all felt on the tour and I think we've achieved this in the songs we've selected, and hope our fans will agree. We're looking forward to seeing everybody again on future tours."

Watch the video and see the tracklisting below:

DAYS:
Better Days
Got A Hold On Me
Hate And Love
Rise Again

NIGHTS:
Hate and Love (Live)
Got A Hold On Me (Live)
Scars (Live)
You Don't Know Me (Live)
Running (Live)