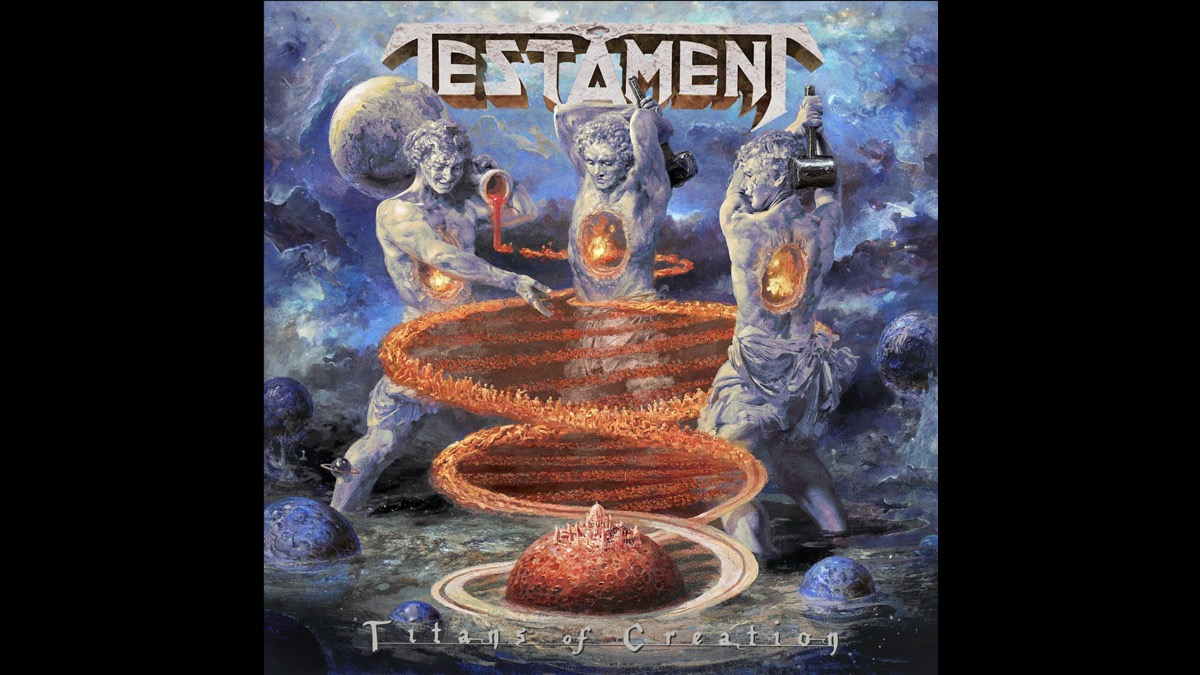 Testament have released a music video for their track, "Curse Of Osiris", to celebrate the announcement that they will be releasing the limited edition, "Titans Of Creation Video Album", on September 9th.

The special collection will be limited to 6,500 units worldwide and feature features performance videos of all the tracks their 2020 album, "Titans Of Creation".

According to the announcement, "The footage was compiled at a soundstage in San Francisco and was edited into music video-style clips that will be available on Blu-Ray accompanying the CD with bonus photos and liner notes plus a button and sticker in a longbox. Staying true to the record, the performances feature Gene Hoglan behind the kit."

Chuck Billy had this to say, "I'm very excited and proud to release the video play through for the Titans of Creation album. We were fortunate enough to have Gene Hoglan on drums before his departure. Now fans can watch us play the entire album in their homes with friends and start their own mosh pit in their living rooms."

Eric Peterson added, "We are pleased to announce something we have always wanted to do! A performance video for each song on our latest release Titans Of Creation. It almost didn't happen as we got the news from Gene that he was going to go his separate way, but we left on a good note and we agreed that we should nail this last idea I think it came out really killer & can't wait for everybody to see it! We kept it simple, and added a couple of visual elements on some songs for a certain vibe of the song, overall great to listen to and watch us jam these new killer songs! Looking forward to doing it again on the next record too!" Watch the video below: