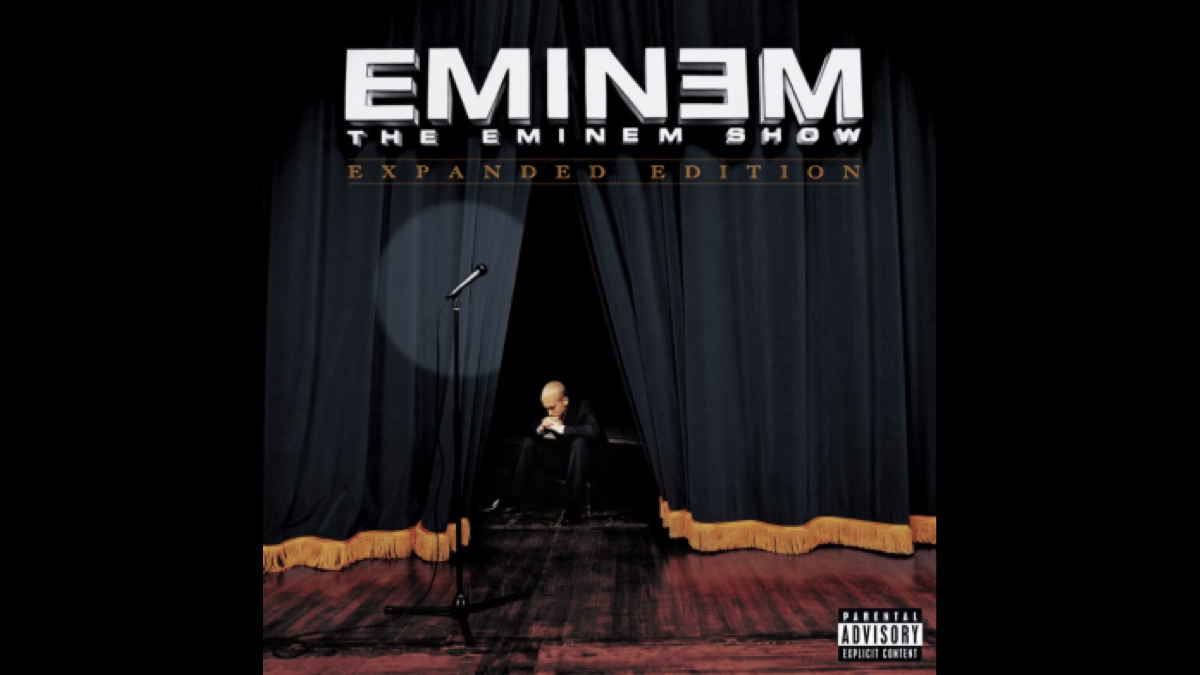 (Interscope) Eminem has just released the 20th-anniversary expanded edition of The Eminem Show, which was released early combat bootlegging and satisfy customer demand.

Interscope shared the following details The deluxe reissue features 18 bonus tracks (including B-sides, live performances, instrumentals, and an unreleased song), none of which were previously available for download or streaming. Go here to listen to The Eminem Show (20th Anniversary Expanded Edition).

The Eminem Show originally scheduled to be released on June 4th, had to be moved to May 26th to Despite the change in date, the 20-track powerhouse nevertheless debuted at #1 on the Billboard 200 based on a jaw-dropping ONE-DAY sales number of 284,000 records- the only album in history to accomplish such a feat. The following week saw The Eminem Show sell 1.3M copies, which currently stands as the 7th largest first-week US total of all time. The Eminem Show emerged as both the best-selling album in the U.S. and the best-selling album worldwide for 2002. The album earned diamond certification from the RIAA (awarded for sales in excess of 10 million copies in the United States) and has gone on to sell 27 million copies worldwide. Along with earning a nomination for Album of the Year at the 45th Annual Grammy Awards, The Eminem Show won in the category of Best Rap Album, while its seven-times-platinum lead single "Without Me" won Best Music Video.

As Eminem told SPIN Magazine at the time, "One of the frustrating things was people saying, 'He's got to cuss to sell records,'" he says. "That's why with this album I toned it down a bit as far as shock value. I wanted to show that I'm a solid artist and I'm here to stay."

Executive-produced by Dr. Dre - with most tracks produced by Eminem alongside his longtime collaborator Jeff Bass - The Eminem Show features guest appearances from Dr. Dre, Nate Dogg, Dina Rae, Obie Trice and D12. In addition to "Without Me," the album features hit singles like "Cleanin' Out My Closet," "Superman," and "Sing for the Moment." Named the best album of 2002 by Blender, Muzik, and LAUNCH, The Eminem Show was also hailed as one of the best albums of the 2000s by a variety of publications.

Later this year, Eminem will release physical editions of The Eminem Show (20th Anniversary Expanded Edition), including a four-LP vinyl set along with CD and cassette versions.