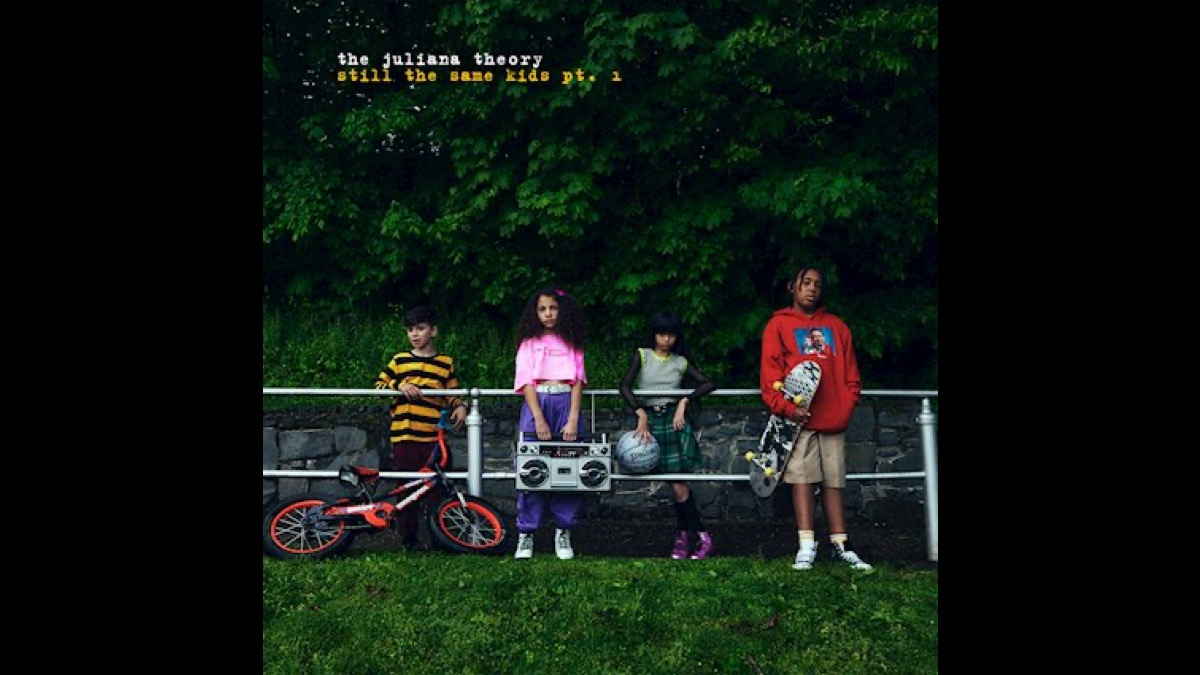 The Juliana Theory have shared a visualizer for their track "Less Talk" to celebrate the release of their brand new EP 'Still The Same Kids' Pt.1, which arrives this past Friday on Equal Vision Records.

Frontman Brett Detar had this to say about the new song, "I love 'Less Talk'. I genuinely feel good vibes just thinking about the song. To me it's all about feel and that makes sense because it's one of those songs that seemed to fall out of the sky into my lap.

"Maybe that breeziness has something to do with the 12/8 shuffle groove that it shares with Tears For Fears 'Everybody Wants to Rule the World' and Michael Jackson's 'The Way You Make Me Feel' but it just glides.

"I love the infectious, syncopated bass guitar part. It's probably my favorite bassline we've ever had. Josh and I grew up listening to the radio religiously in an era when pop rock ruled the airwaves.

"In our most formative years - long before punk and its off-shoots took hold of our ears and hearts we were in love with the sounds pouring out of top 40 radio made by bands like INXS, Phil Collins and Genesis, The Cure, Toto, and Tears For Fears.

"We didn't set out to make anything overtly throwback but 'Less Talk' nods to the music of our youth. I'll stop talking now because I'm just using words to describe a song that's literally about talking less and I'd rather let the song speak for itself." Watch the visualizer below: