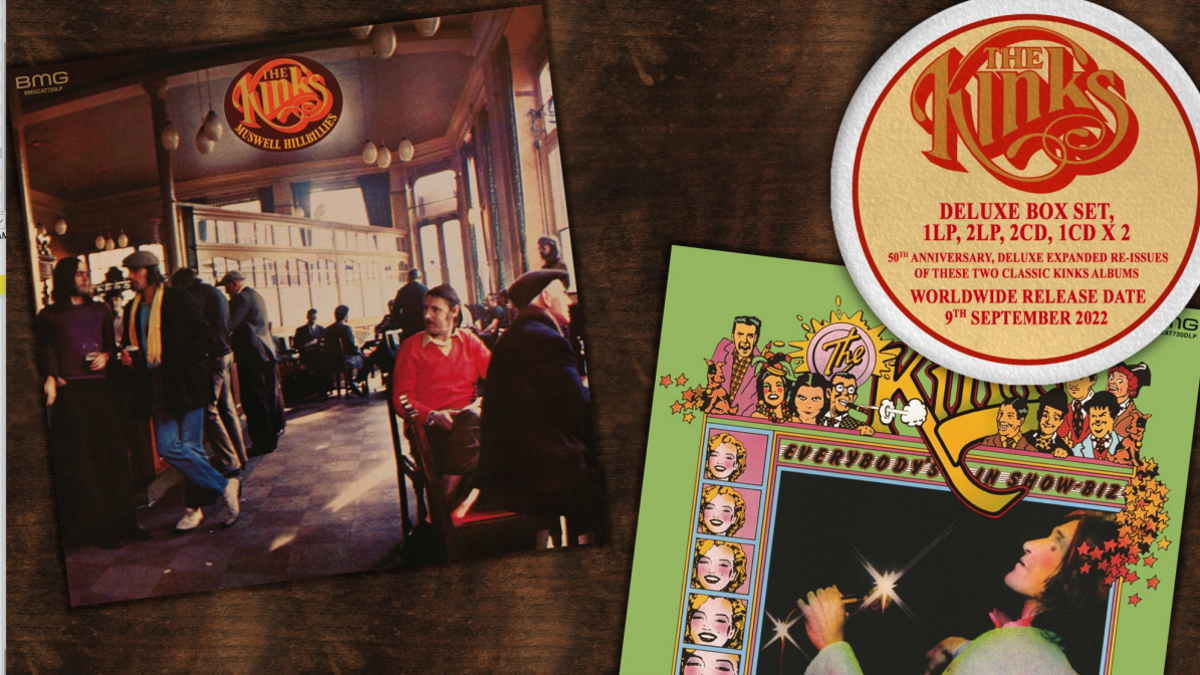 (Big Hassle) The Kinks have shared a previously unreleased version of "Celluloid Heroes (US Single Version 2022 Edit)" to celebrate the announcement of a special 50th anniversary reissue that will be released on September 9th.

The 50th anniversary, combined deluxe reissues of the two classic albums, "Muswell Hillbillies" and "Everybody's In Show-Biz - Everybody's A Star" will released in various formats including a Deluxe Box Set, 2CD, 1LP, 2LP, 2CD, 1CD x 2, Digital. We were sent these details:

In 1971, the great British rock group The Kinks embarked on a new phase of their career by signing with RCA Records. Freed from their old label Pye's insistence on hit singles, Ray Davies' song writing accelerated his band's move towards a new identity as makers of thematically ambitious, tenderly personal albums, building on preceding cult successes such as The Kinks Are The Village Green Preservation Society. Buoyed by one more smash to start the decade -"Lola" - this most English of bands also firmly turned its sights towards the USA, where their exciting, charismatic live shows were reciprocally building a fervent new American fanbase.

This period's first Kinks album, Muswell Hillbillies, is for many people their best of all. It conversely looked back on Ray and Dave Davies' London roots, telling tales of working-class families migrating from the war-torn and redevelopment-ravaged inner city to the strange, leafy suburbs of North London.

"Now with a new record company and a new image, I could bring some of the old wild western spirit into my music," Ray Davies said. "These albums capture the re-emergence of the Kinks as a touring band." Dave Davies adds "Muswell Hillbillies is one-of my favourite Kink's albums. It's a bit of a backstory to the Davies family and the characters involved."

Muswell Hillbillies' release was supported by more US touring, including two 1972 nights at New York's iconic Carnegie Hall. Tapes of those anarchic shows, heavy on Muswell material, formed the live half of 1972's double-album, Everybody's In Show-Biz - Everybody's A Star. Its studio sides explored The Kinks' long months on the American road with wistful humour. Its epic finale, 'Celluloid Heroes', confirmed the band's new world. Among the elite cream of Kinks songs, it saw Ray use Hollywood as a prism through which to view ordinary Americans' bittersweet dreams.