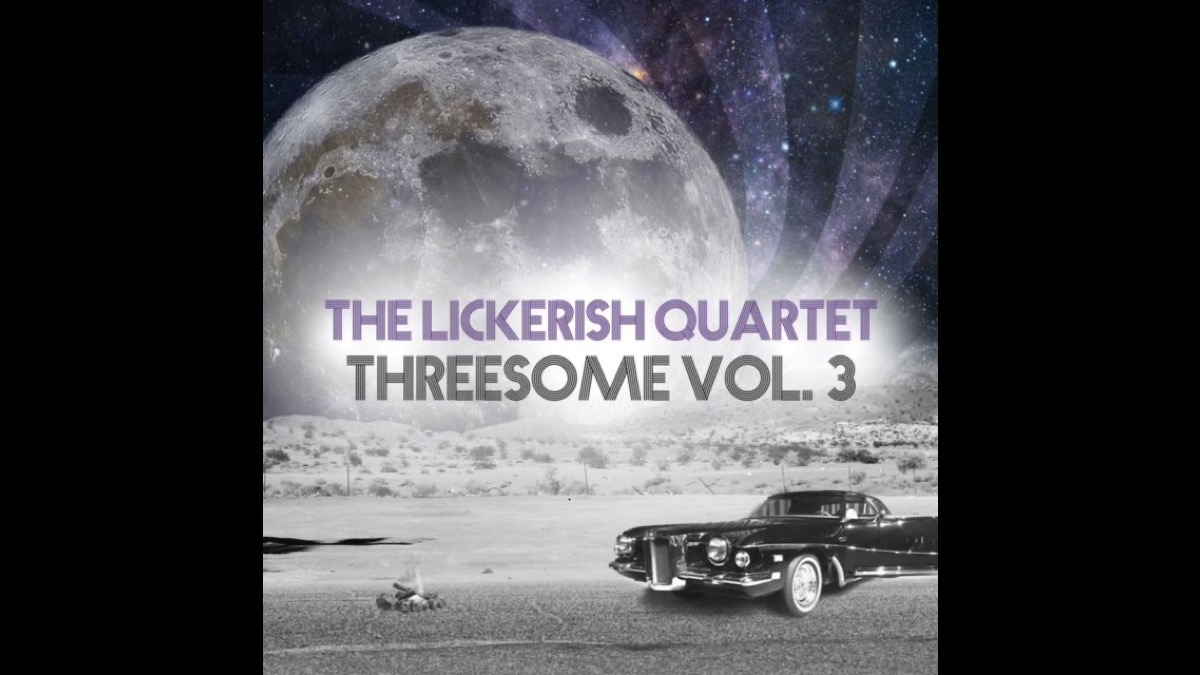 "Fortunately", the EP's first single, streaming now, is a bouncy tune sung by Tim Smith that drips with the signature harmonies and melodic structures THE LICKERISH QUARTET have been known for, alongside a deeper, darker lyric that speaks to the universal ideas of heaven, hell, dogma and belief. As a co-write with their executive producer, Adam W. James, Eric's slide guitar soloing, Roger's keyboards and string arrangement, and Tim's melodic bass lines combine for the listener to perhaps harken back to early FM radio hits of the '70s.

"New Days", the second single from the EP, is also streaming now. Sung by Roger, it's a tale of remembering the past with the longing psychedelic hope of the future. Eric's lyric touches pastoral images of optimistic youth and shaping moments with the desire to keep moving forward, onward, and probably westward. Lush reverberant guitars, grooving bass and drums, with evolving vocal harmonies celebrate the hope we all share for new beginnings.

"You All Alone" starts with a jarring string ensemble as Eric's lead vocal then weaves a story of obsession and pursuit. Jagged drums and bass, razor wire guitars and another excellent string arrangement by Roger leads our hero towards satisfaction, but at what cost? Who is the hunter, and who is the hunted?

"In The Meantime" rounds out the EP. Sung by Tim, the song ponders where do YOU go when you are feeling the crush of a world you no longer recognize? Topical, but also timeless, "In The Meantime" proffers to float rather than sink or swim. The theme of burying down deep is married to a pulsing, shouting wall of guitar sound and fury, but with a non-violent narrative. Those most precious things that bring us happiness - to love someone, do something, or have something to hope for - are sung about with fearlessness. Watch the video below: