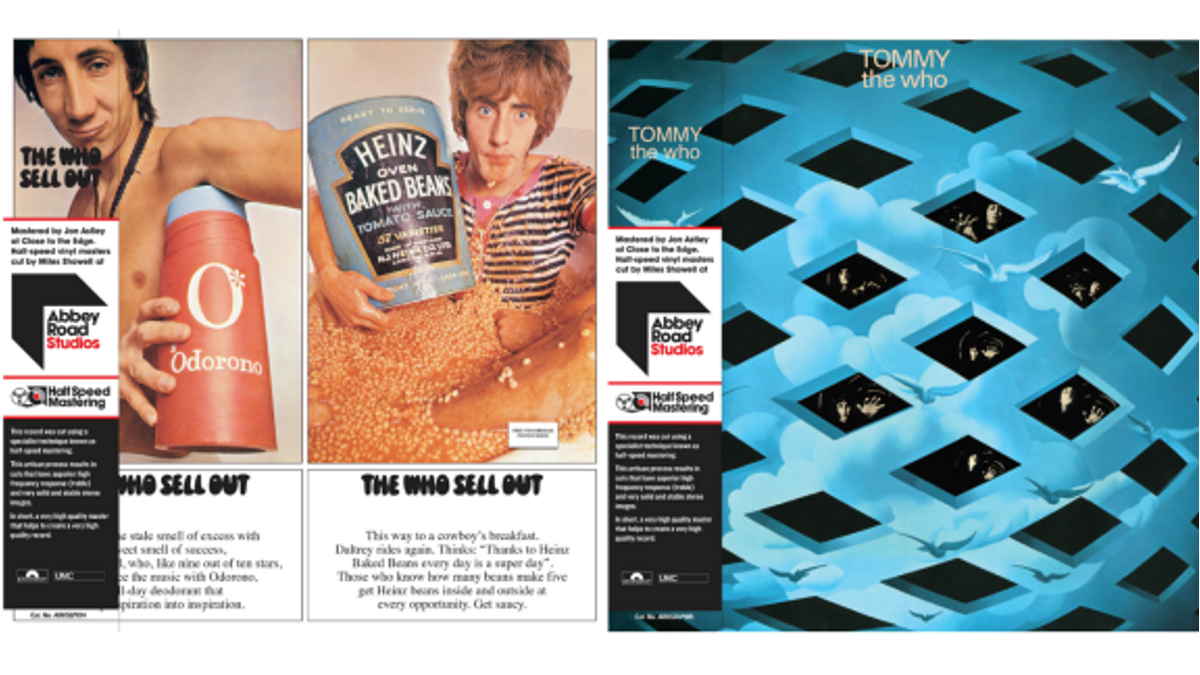 (UMe) "The Who Sell Out" and "Tommy" are the second installment of special limited edition half speed mastered studio albums reissues coming from The Who.

These special reissues will be released on July 6th. UMe sent over the following details: These limited-edition black vinyl versions have been mastered by long-time Who engineer Jon Astley and cut for vinyl by Miles Showell at Abbey Road Studios with a half-speed mastering technique which produces a superior vinyl cut and are packaged in original sleeves with obi strips and certificates of authenticity.

Regarded as one of the most important albums of all time, Tommy is a rock opera about a Deaf Dumb and Blind Boy, which, when released in 1969, reached No. 2 in the U.K. charts and No. 7 in the U.S. The album contains songs such as "Pinball Wizard," "The Acid Queen" & "I'm Free" and is packaged in the original sleeve artwork.

Released in 1967, The Who Sell Out was the third album released by the band and is revered for being one of the first concept albums, celebrating the short-lived pirate radio stations of the late 60s with its groundbreaking use of fake adverts and jingles between songs.

Highlights include such as "I Can See for Miles," "Armenia City in the Sky" and "Tattoo," and as with Tommy, it has been mastered by long-time Who engineer Jon Astley from the original tapes and is housed in its original sleeve with obi and certificate of authenticity.

THE WHO SELL OUT - HALF SPEED MASTERED VINYL TRACK LIST

THE WHO TOMMY - HALF SPEED MASTERED VINYL TRACKLIST

SIDE 3
Do You Think It's Alright?
Fiddle About
Pinball Wizard
There's A Doctor
Go To The Mirror!
Tommy, Can You Hear Me?
Smash The Mirror
Sensation

Related Stories
The Who Hits Back Tour Launched