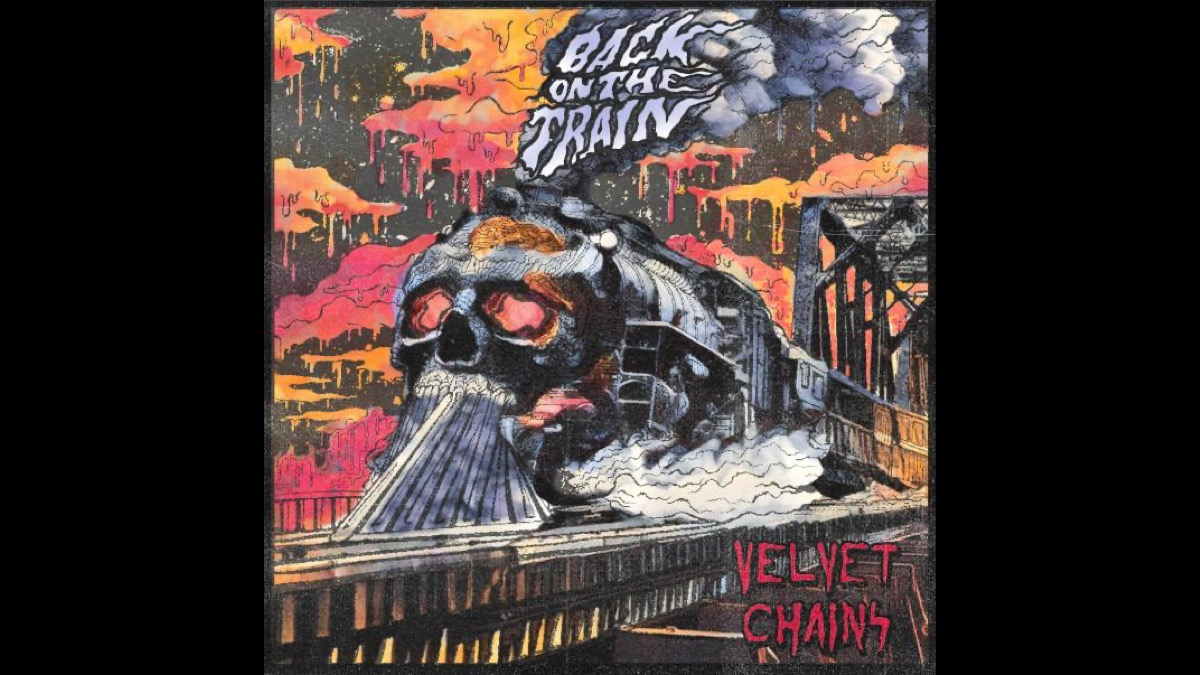 (SRO) Velvet Chains have released a Dean Karr directed music video for their new single, "Back On The Track," which comes from their forthcoming album that is expected in October. SRO shared the following details and a Q&A:

"Back on The Train" is sonically inspired by one of the band's primary influences, Velvet Revolver, and lyrically explores romantic desire, seduction and obsession. The track's heavy riffs, melodic guitars, soaring vocals and driving rhythms were captured at Monster Sound and Picture in Vegas with producers Darren Trentacoste and James Boldt and sent for mixing and mastering by Tristan Hardin (The Hideout Studio). It was written by Goldschmidt and the band's drummer Jason Hope along with multi-platinum songwriter Drew Lawrence (Lindsey Stirling, Christina Perri).

With a refreshed lineup consisting of Nils Goldschmidt (bass), Brazilian brothers Laurent (lead guitar) and Larry (rhythm guitar) Cassiano, drummer Jason Hope and Chilean-bred lead singer Ro Viper, VELVET CHAINS will bring their new music to audiences at Blue Ridge Rock Fest (Alton, VA) on September 1. They also performed this past July at Rock Fest (Caddott, WI) and opened in June for Todd Kerns (Slash Feat. Myles Kennedy and The Conspirators, The Age of Electric) at Count's Vamp'd in Vegas. Look for VELVET CHAINS to support Kerns again at Count's Vamp'd on Friday, September 16 and catch them in Vegas weekly on Monday's beginning on August 29 at The Barbershop speakeasy at The Cosmopolitan.

Q&A on "BACK ON THE TRAIN" with NILS GOLDSCHMIDT

Q: Having worked with Dean Karr on your previous album for the single 'Tattooed" can you share what factors drew you to return to him for the new album and why specifically you chose to have him do a video for "Back On The Train"?

A: "Dean is not only a legend in the industry but also a music video visionary. He always knows what's best for the specific song he's working on and is always able to get the best out of each band he works with. We gave him a few options of songs, and naturally Dean being a true rock n' roll fan, he went with the fastest, most energetic, authentic rock song we had at the time. We're happy that he chose this song because it has a Velvet Revolver hard rock style to it, a band Dean has worked with several times, hence this was right up his alley. The resulting video was just insane."

Q: Where was the video filmed at and how did you use the locations to add into the dark theme of "Back On The Train"?

A: "We filmed the video at a creepy house located in the outskirts of LA. It seemed like it was a relatively new location and the only other band that had filmed a music video there the week prior was Paramore. Each room in the house had its own tone of creepiness to it, which worked wonders for the video."

Q: Can you talk us through the writing process for "Back On The Train"? What inspired the lyrics?

A: "Initially I, founder/bassist, and multi-platinum songwriter Drew Lawrence (Christina Perry, Lindsey Stirling) got together and came up with the main riffs, chorus, etc. for the song and put together a demo with just mumbled words. Our drummer Jason Hope wrote the lyrics to the song. His inspiration for lyrics came from relationship dynamics and when people have moved on to being single, and once again 'back on the train' looking for new potential love (or lust) interests."

Q: "Back On The Train" has a tense and fast-paced rhythm that brings to mind Velvet Revolver. Can you tell us about that?

A: "Velvet Revolver is one of our biggest influences and while we never set out to write a song that sounds like a band that we love, it's inevitable that every now and then you'll be able to hear some of them in our music. We love the fast pace, in your face, hard rock that Velvet Revolver represents, and we're proud that 'Back On The Train' fits that bill."