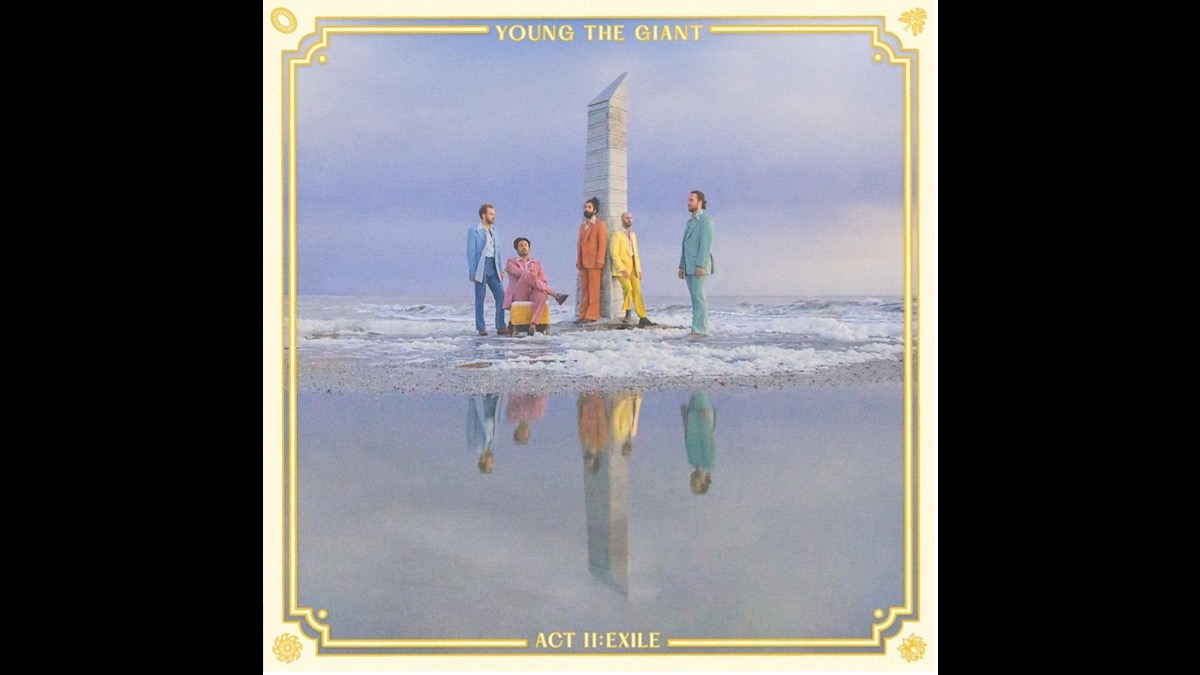 Young the Giant releases "ACT II: EXILE" the second act of their fifth studio album, "American Bollywood", which will be released on October 21st and they have shared a video for the song "The Walk Home".

Big Hassle sent over these details: The album is being revealed in four acts, with two acts remaining: Battle and Denouement. American Bollywood will be the first album in four years since Mirror Master and the first since leaving the major label system.

Since the last album, three of the band members became fathers, and of course there was a global pandemic. The album tells the multi-generational saga of the American immigrant, and the origins, exiles, battles, and denouement of reclaiming our collective identity.

The band's singer, Sameer Gadhia, is the son of Indian immigrants, making him a unique voice in American rock music. "This is not just the story of an Indian-American caught in between two worlds," the band's Sameer Gadhia previously said, "it's also our universal search to find meaning in chaos."

Of ACT II: EXILE Gadhia says: "Sometimes exile is external pressure to leave. In the Mahabharata [one of the two major Sanskrit epics of ancient India], the Pandavas are banished from their kingdom after a rigged game of dice.

"For the world, our pandemic exile has been a new reality we are still reeling from. We wonder if things will ever go back: if we can unsee what we were forced to in the mirror of isolation.

"But for the immigrant, exile is a voluntary sacrifice for opportunity: the loss of homeland is a pining that is always there, even subconsciously in the children of immigrants, whose parents loss is just a formless ghost that causes trauma rippling across generations."

Young The Giant and Fitz And The Tantrums Plot Tour

Young the Giant Music and Merch