The Who Launch Virtual Concert Series With 1982 Shea Stadium Footage 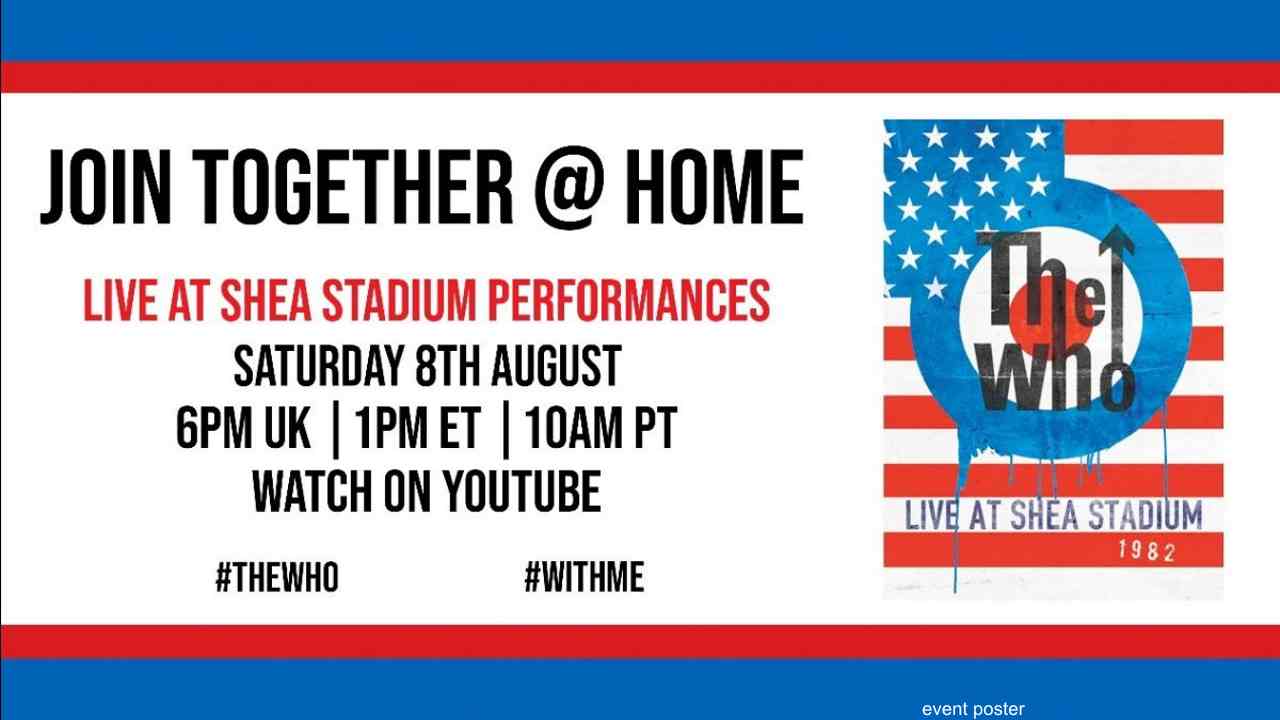 (hennemusic) The Who launched a six-week virtual concert series, "Join Together @ Home", on August 8 with footage from a 1982 performance at New York's Shea Stadium.

The Who played two nights at the New York venue during the trek, which was billed as the group's farewell and wrapped up with a pay-per-view show from Toronto's Maple Leaf Gardens; Roger Daltrey and Pete Townshend would reunite for multiple tours in the years since the 1982 run, including postponed 2020 dates in the UK, Ireland and the US.

The group released a "Live At Shea Stadium" package on DVD and Blu-ray in 2015. Named after their classic 1972 single, The Who are streaming live and rarely seen footage, mini videos and special screen footage during the weekly series as part of YouTube's #StayHome campaign during the global health crisis.

The band are encouraging fans to donate to co-beneficiaries The Teenage Cancer Trust and Teen Cancer America, of which Daltrey is a Patron of both charities and the driving force behind Teenage Cancer Trust's iconic comedy and music shows at the Royal Albert Hall over the past 20 years. Watch the classic concert footage here.