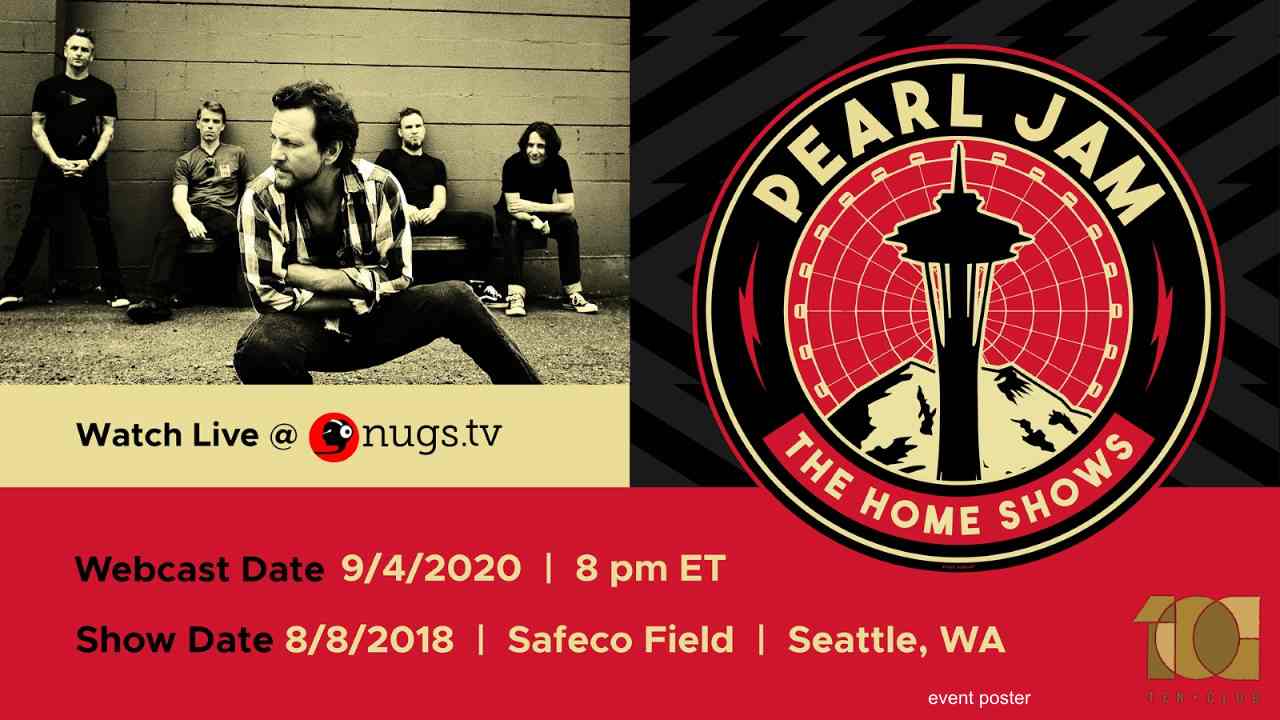 Pearl Jam fans will soon be able to stream one of the band's iconic Home Shows that took place at Safeco Field in Seattle in 2018 as part of a nugs.net pay-per-view event.

The special webcast will take place on September 4th at 8PM ET and will feature the first of the band's two sold-out August 2018 Home Shows that saw the band play an epic 33 song set that featured rarities, a cover debut of a White Stripes song and a guest appearance from Brandi Carlile.

The stream will be offered as HD Pay-Per-View for $14.99 for the General Public and Pearl Jam "Ten Club" members will receive special pricing.

Brad Serling, nugs.net Founder and CEO, had this to say, "We've worked with Pearl Jam for 20 years, and while we miss seeing them on stage, the archive of more than 400 performances dating all the way back to 1993 has helped fans fill the void.

"Streaming this incredible 2018 show from their hometown of Seattle is a ray of sunshine for these times."