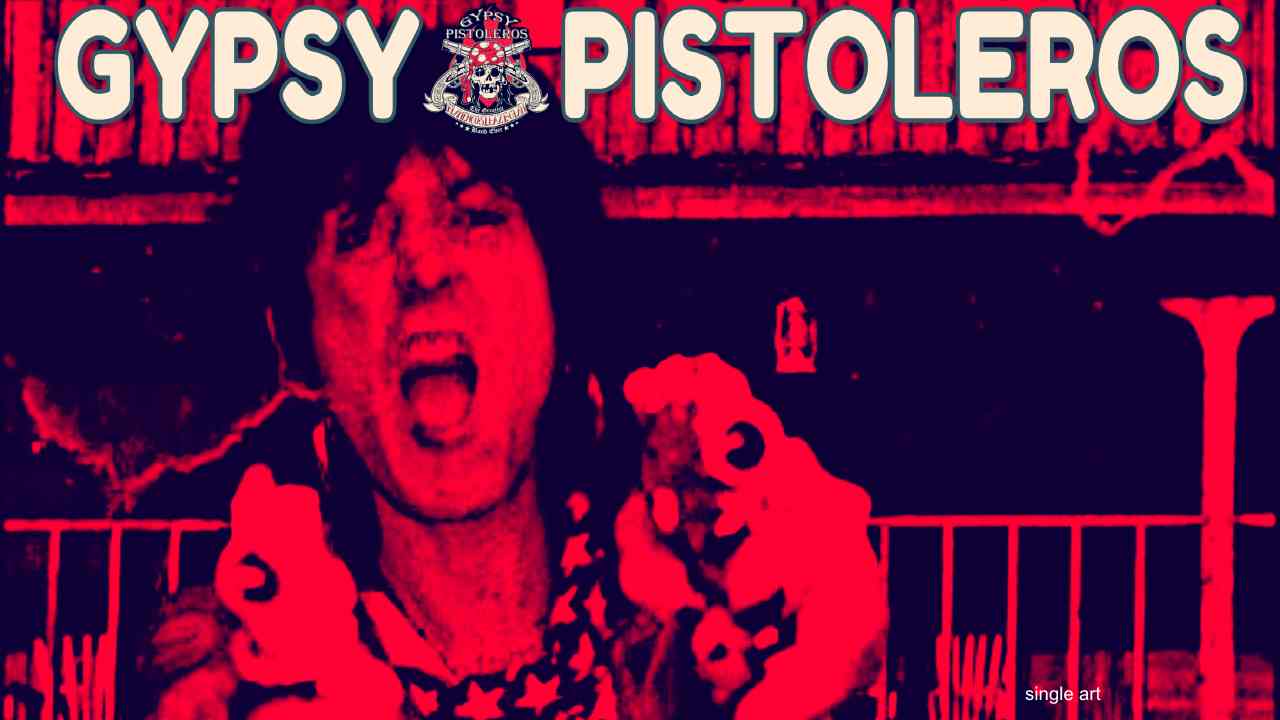 The mighty Gypsy Pistoleros are releasing their anthology "The Greatest Flamenco Sleaze Glam Band Ever!" this week and to celebrate we asked Gypsy Lee Pistolero to tell us about some of his favorite tracks. Today he tells us about "Una para todo es Bandido". Here is the story:

I have always loved a story song, whether it's 'The Gambler', 'Hotel California', etc. So I decided to write about the story of 'Billy the Kid' in 'Una para todo es Bandido'. I imagined the early years, the first kill, the move to outlaw, running away to Mexico to begin a new life and then being tracked down by the Bounty hunters for a final showdown and the being avenged by his son, who takes up the gun. History repeating itself. It was roughly based on the film 'Dirty Billy'. The chorus is sung in my habla de la calle, Spanglish language that I used when living in Zaragoza (Spain) "All for one, one for all, I'm a Bandit". It just seemed to fit Gypsy Pistoleros Flamenco Rumba punk n Roll Mariachi vibe totally!

The Gypsy Pistoleros Get 'Lost In A Town Called Nowhere'