Goo Goo Dolls Preview It's Christmas All Over Livestream Special 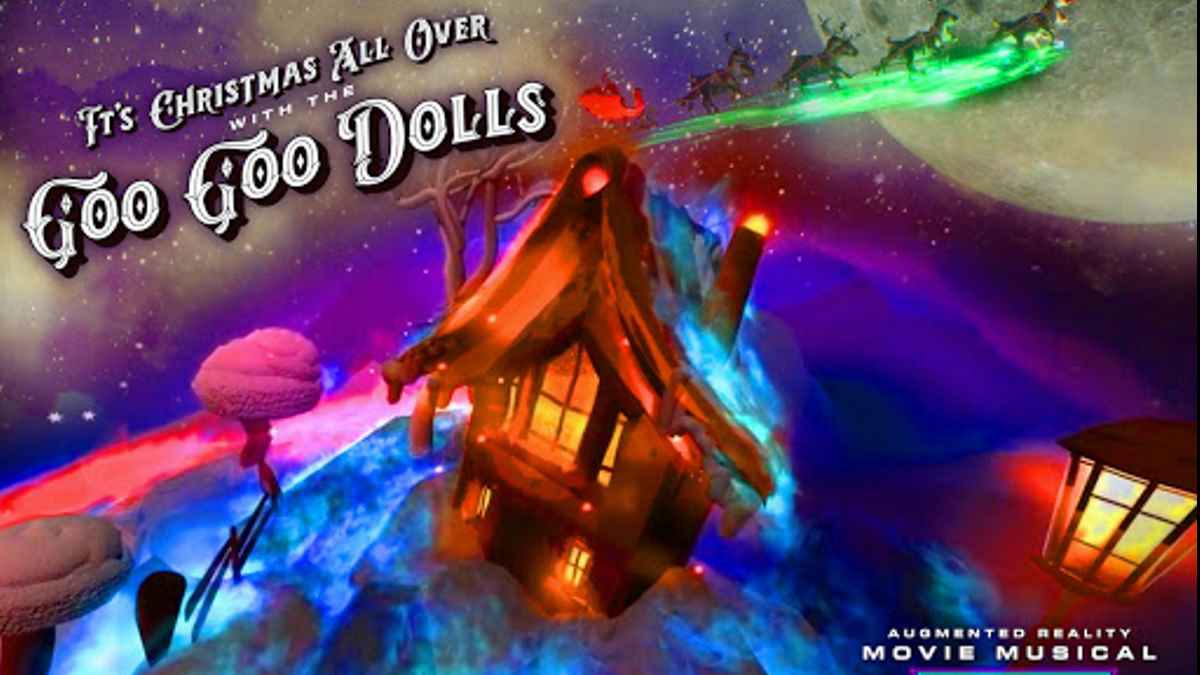 Goo Goo Dolls have shared a preview of their augmented reality movie musical It's Christmas All Over, which will be premiering on the livestreaming platform FanTracks, tomorrow, December 12th.

We were sent the following details: Using immersive AR technology, the special will feature the band performing music from their brand-new holiday album of the same name [Warner Records] for the very first time. In celebration of the premiere, Goo Goo Dolls have shared an exclusive sneak peek from the film today in which they perform "This Is Christmas," the band's original holiday song that currently ranks in the top 10 at AC radio and continues to rise.

Set to air live on FanTracks tomorrow at 4pm PT / 7pm ET, It's Christmas All Over goes beyond the realm of a live concert to transport viewers through an unparalleled music journey, all taking place within a surreal virtual world. In this AR movie musical adventure directed and produced by FanTracks President Barry Summers, Goo Goo Dolls travel through past, present, and future searching for the lost "Spirit of Christmas"; from wintery city street scenes, subways, and taxis; to a 1940s speakeasy and the classic set of The Ed Sullivan Show; and beyond. As the band travels between settings, fans will follow along for a unique musical experience unlike anything they've ever seen. Throughout, they treat fans to classic holiday standards as well as their new holiday music, and discover that although people are separated by current events, we remain unified by the true nature of the holiday. Watch the preview here.

Goo Goo Dolls Share New Ballad 'You Are The Answer'