Metallica Guitarist Has A Lot Of Material For Next Album 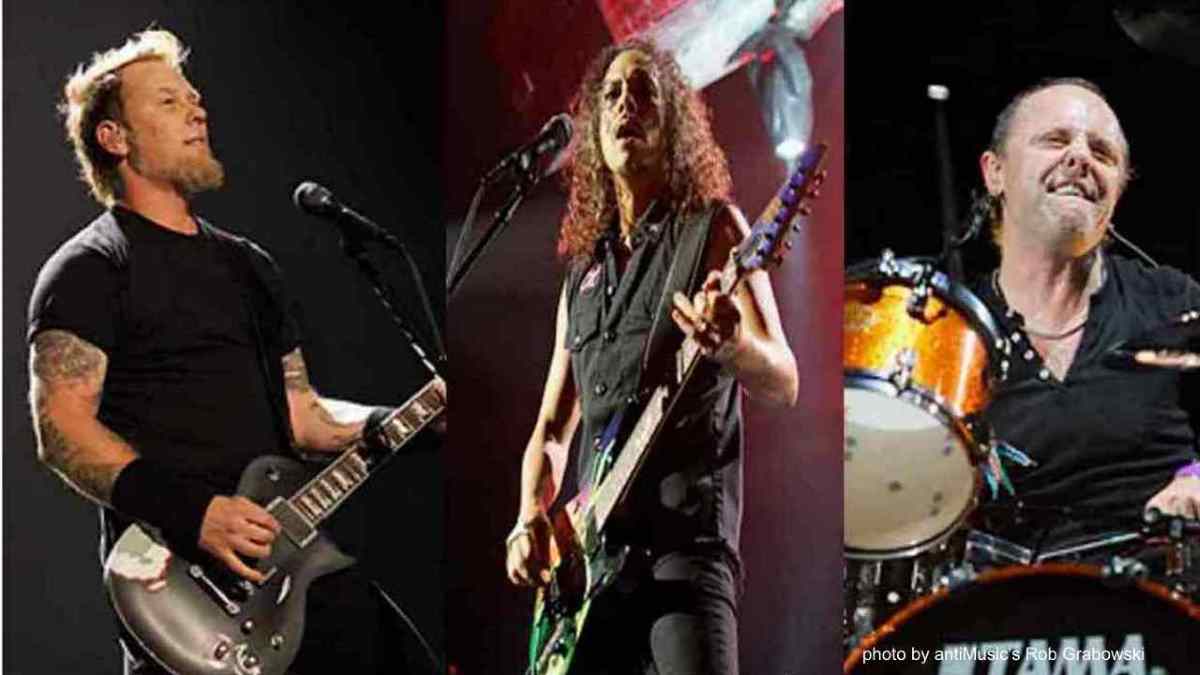 Metallica have a lot of material to choose from for the follow up to their 2016 album "Hardwired... To Self-Destruct" and they are hoping for it to be a more collaborative effort, according to two members.

Lead guitarist Kirk Hammett and bassist Robert Trujillo were featuring in the cover story of the September edition of Metal Hammer, which has now been shared online here.

The writing credits on "Hardwired" mostly went to James Hetfield and Lars Ulrich after Kirk lost a cell phone that contained over 300 music ideas on it. Hammett said of the next album, "There's a lot of material. I know I have tons, because I totally overcompensated. You know, last time around, it was a real shock to my system losing all those musical ideas. So, I was very determined to try and make up for lost time. I also felt that, creatively, I have so much more to offer this time around."

Trujillo feels that the new album will turn out to be a more collaborative effort. He said, "I'm not gonna speak on behalf of the other guys, but to me, it feels like this could be a very collaborative.

"And for me personally, I love that. I love that we are in that head space to be more collaborative, and I think that's very exciting for where we're at now, the journey we're about to take, the fact that those doors are opening like that."

Kirk is busy going through his ideas to bring to the band. He said, "I've got a wealth of material, and so, at any given point when we all decide, 'Okay, let's start formulating a schedule to start writing songs and recording it.' I'm ready. I'm there, from day one."

Robert added, "Kirk has so many ideas. It's funny because sometimes it's literally him in the kitchen and he's cooking, and at the same time he's playing you a riff, or you're sitting on the toilet and he's playing you some ideas. But when we started to understand that [the lockdown] was gonna happen, it was like, 'Hey, let's be creative', you know? Let's just get on it.

"Not taking anything away from any other bands, but sometimes our worst riff might be another band's A-list riff."