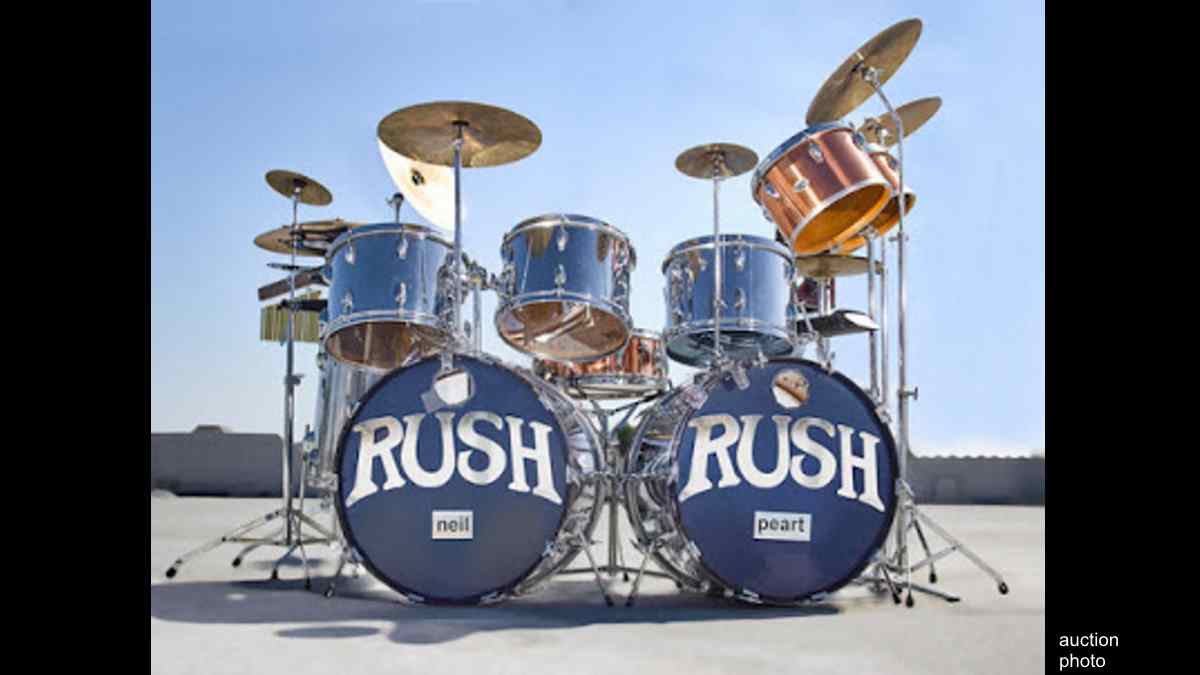 (hennemusic) The original drum set used by Neil Peart during his early years with Rush is now available for purchase via an online auction by Bonhams in Los Angeles.

Offered as part of a Music Memoribalia event that runs from November 23 to December 9, Peart used the Slingerland drum kit with Rush between 1974-77. The package features a pair of bass drums with chrome wrap including the original head; blue resonant heads each with large silver Rush logo and "Neil" on one and "Peart" on the other (originals and additional replicas), and includes a 14-inch Tom Tom with chrome wrap and with original head signed by Peart.

According to Bonhams, the drummer purchased the set in late July/early August 1974 from Long & McQuade in Toronto, ON and used it for three years before placing it in storage in 1977; the package later became one of three drum kit's donated by Peart for Modern Drummer Magazine's "Neil Peart Drumset Giveaway" introduced in their March 1987 issue.

The set was awarded to New York drummer Mark Feldman in the October 1987 issue and comes with a letter signed by Peart informing Feldman that he was a contest winner and commenting on his submission; it was eventually sold by Feldman to the present owner. Read more here.