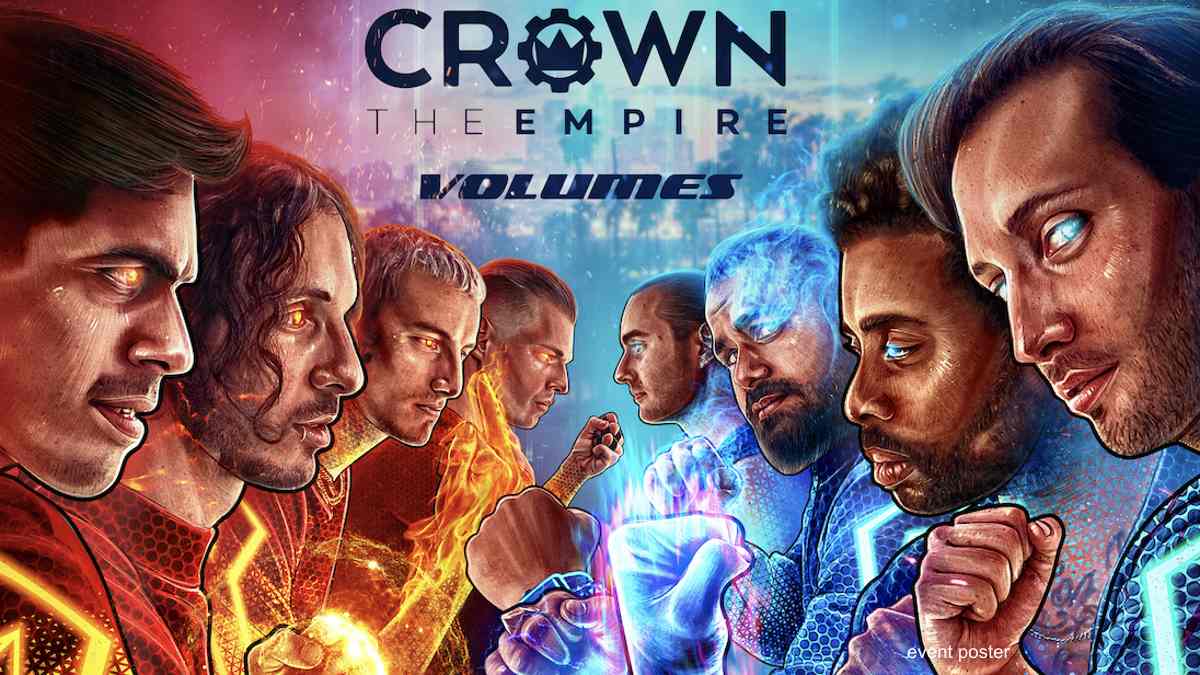 Crown The Empire and Volumes have announced their special The Battle of Los Angeles streaming event that will be taking place on Friday, October 16th at 7pm ET/4pm PT.

The special multi-camera, full production event will feature sets from both bands. Crown the Empire frontman Andy Leo had this to say, "It's going to feel amazing to shake off the rust from being quarantined and show-less for so long.

"We've never tried anything like this before but we're going to have a lot of fun and we hope the fans can enjoy from home! Grateful for the team behind us that can make this happen."

Volumes singer Michael Barr added, "This year has been a rollercoaster for Volumes, so it feels amazing that we have the opportunity to be able to play live together in such a new format and experience.

"We feel so lucky to be able to still do what we love, which is connect with our fans even in such a bizarre times. Thank you to Shelter Music Group and Fearless Records for being in our corner and most importantly our fans for sticking by us through thick and thin." Fans can order tickets here.