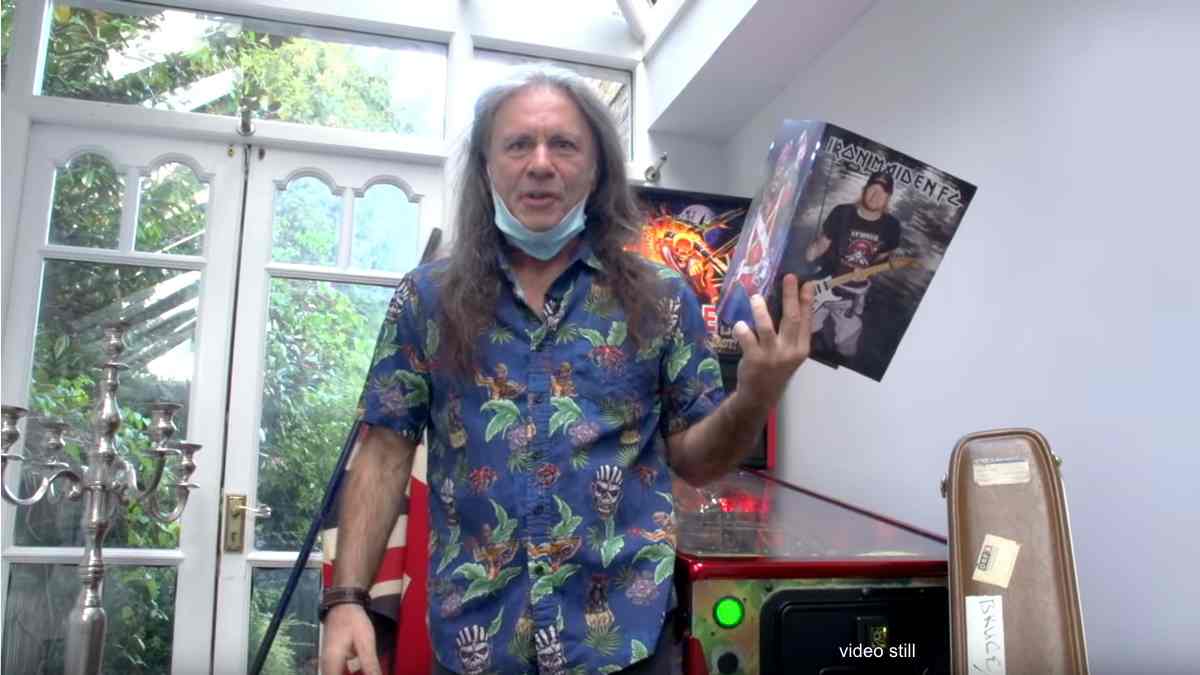 Iron Maiden frontman Bruce Dickinson shared that the band is taking advantage of the Covid-19 pandemic lockdown to work on new material and have worked together in the studio.

Bruce shared the update in a new video for fans. He says in the clip, "We've all had a bit of a torrid time, everybody in the whole world, Maiden included.

"We wanna be out on tour. A lot of things haven't happened this year, that's blindingly obvious , and it's very, very frustrating. However, we do have plans.

In the meantime, what are we doing? Well, we're doing bits of writing. I'm talking to Steve [Harris]. We've been working together a little bit in the studio. On what, I can't tell you, 'cause they'd have to kill me.

"All our crew are all on board with us. Obviously, after the cancelation of the shows and rescheduling of the shows this year, all of our lives were canceled. The killer crew is still on board for when we resume normal service next year, whenever that is.

"In the meantime, we're all still here, we're all still gagging and raring to go. We are not going away. We are solid, and there's gonna be some great stuff happening in the near future." Watch the update video below: