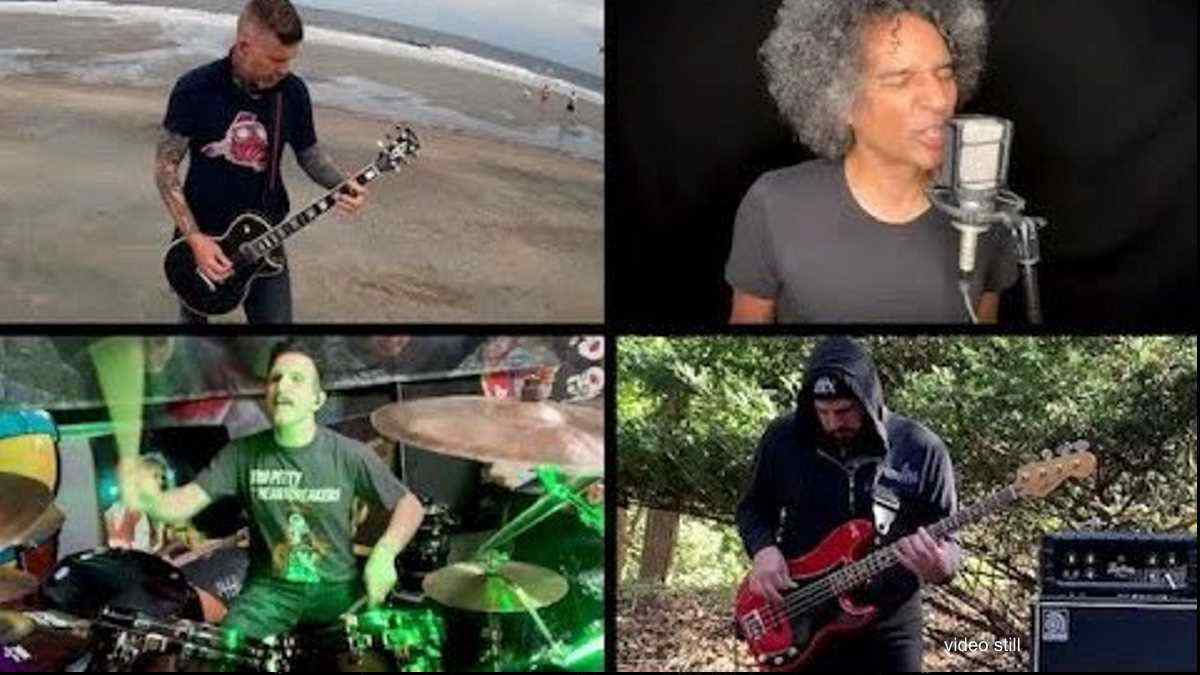 (hennemusic) The 1991 Soundgarden classic, "Rusty Cage", is featured in a new all-star quarantine cover by members of Anthrax, Alice In Chains, Mastodon and Metal Allegiance.

"Rusty Cage...first song off of 'Badmotorfinger' and a damn good one at that!," says Benante. "This song makes me wanna drive fast. I was a Soundgarden fan as soon as I heard "Hunted Down.' I then heard the 'FOPP' ep on which they had covered an Ohio Players song ('Honey'was a great album) and I was hooked. I saw them numerous times from 1988-89 to playing festivals with them a few years ago.

"I always thought they had 'it': they were tight but loose, up and down, in and out of tune, heavy and soft, always unique. I always loved the way Chris Cornell sang, his voice was so recognizable. I saw them at the Armory in New York and he came out and did an acapella version of 'Beth' by KISS, I got goosebumps.

"We are celebrating the music they created with this version of 'Rusty Cage'," adds Benante. "When @billy_butterslax, @markmenghi, @williamduvallofficial and I decided to jam this one out it was because it moved us when we first heard it and dammit, it still does! Hope you all enjoy it and take the time to think what good music does to your soul.