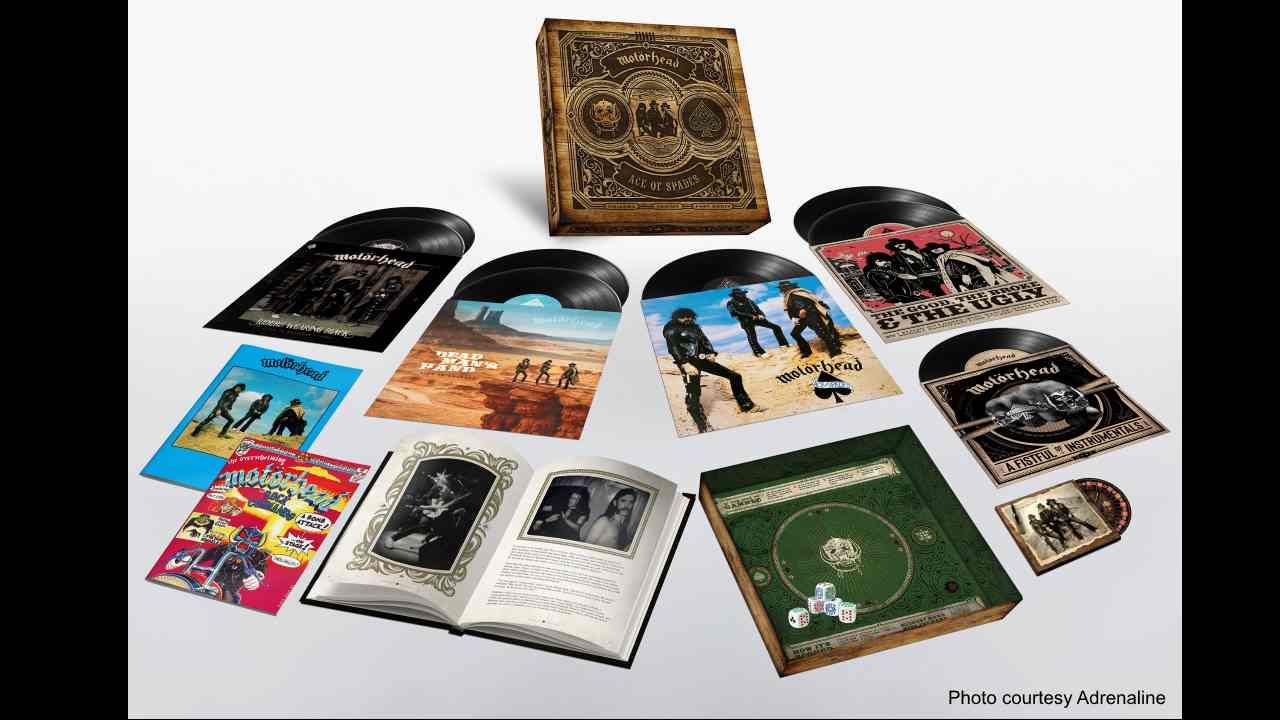 (hennemusic) Motorhead are streaming a previously-unreleased live recording from their Ace Of Spades tour as a preview to the upcoming series of 40th anniversary editions of the 1980 album.

The band have issued a lyric video for a performance of "Shoot You In The Back" from the record that was recorded in Orleans in 1981 and featured as part of collectors' vinyl box set.

Due October 30, the project will also be delivered in multiple deluxe editions, including hardback book-packs in two CD and triple LP formats and the massive vinyl box set: packed in a Wild West dynamite box, it includes the original record, two double-live albums, a collection of unreleased demos, outtakes and rarities, a DVD compilation of rare TV appearances from the era, a 40-page book, a 1980 tour program, the Motorhead Rock Commando comic, a set of 5 poker dice that can be played on the game board inside the box set lid, and a limited edition 7" reproduction of the Dutch single for "Ace Of Spades" that includes a previously unreleased instrumental version.

The 40th anniversary series will also be available in expanded 2CD and 3LP deluxe editions. Watch the lyric video here.