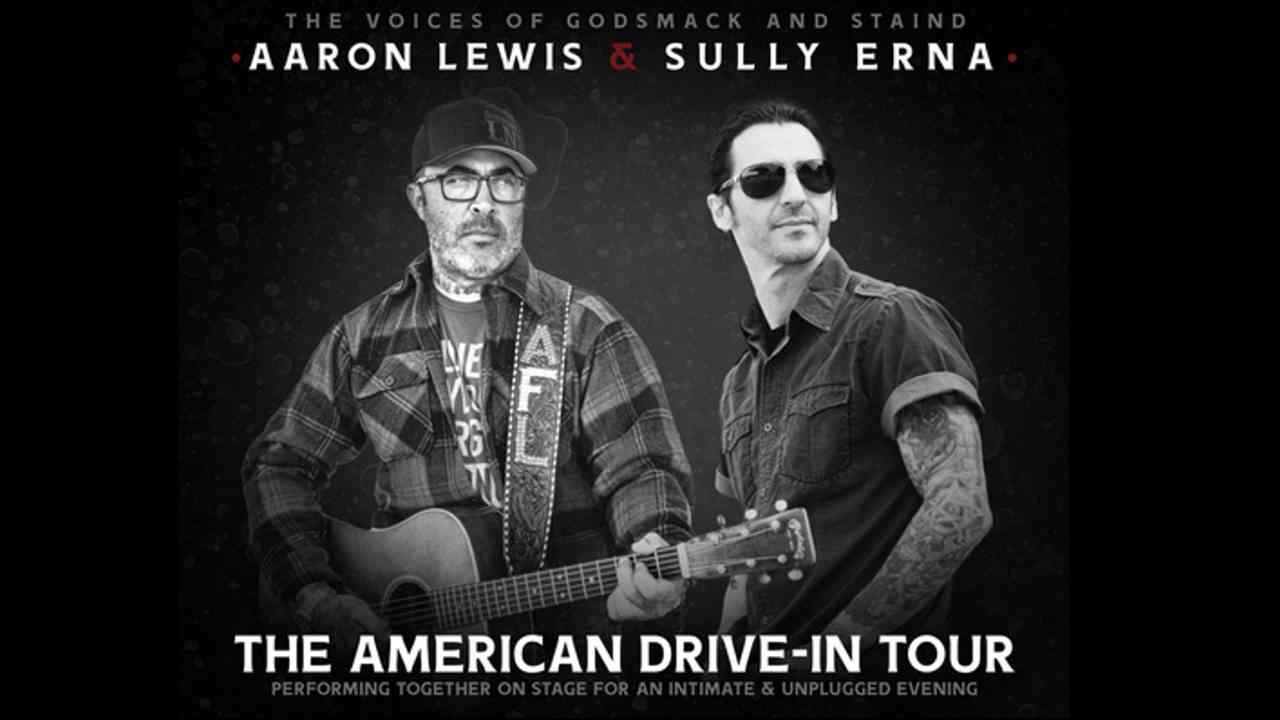 Staind frontman Aaron Lewis and Godsmack lead singer Sully Erna have announced that they are teaming up to launch The American Drive-In Tour next month.

The Danny Wimmer Presents produced trek is scheduled to kick off on October 1st in Wichita, KS at the Starlite Drive-In and will be wrapping up on November 1st in Del Mar, Ca at the Del Mar Fairgrounds.

More dates are still to be announced, with tickets for the first announced stops going on sale tomorrow, September 15th at noon local time at www.aaronandsully.com.

Sully had this to say about the trek, "Me and Aaron Lewis? Onstage together...acoustic? Do I need to say more? Just don't miss it! It may never happen again."

Aaron added, "Sully and I have been friends for 25 years. We've been talking about doing something for the last 10 years. The time has finally come. I couldn't be more excited to be bringing this to you in such strange times."

DWP President Joe Litvag shared the following, "We're eager to get back to what we love, and we're determined to keep the music alive and keep the rock community strong during these times.

"Aaron and Sully on stage together like this is something that none of us have seen before but have always hoped would happen one day. We're thrilled to be a part of it." See the dates below: