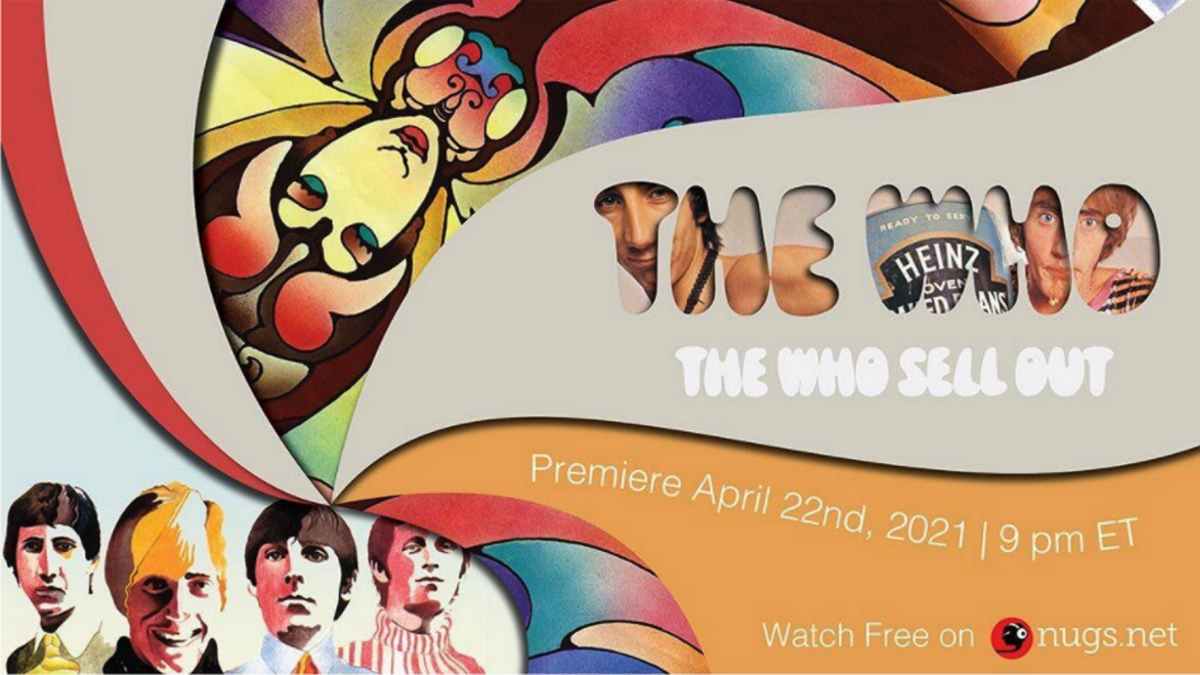 nugs.net have announced that they will be livestreaming the premiere of their Classic Albums documentary, "The Who Sell Out" on Thursday, April 22nd at 6pm PT / 9pm ET.

We were sent the following details: The documentary explores their record in detail, including a deep dive into the original multi-track recordings, as well as brand-new, exclusive interviews with Pete Townshend, Roger Daltrey, and album producers.

Fans can tune in to the free livestream on Thursday, April 22nd at 6pm PT / 9pm ET at nugs.net/thewho. The episode will be available to stream on demand via nugs.net, the nugs.net YouTube page and The Who YouTube page through Sunday, April 25th at 9pm PT / 12am ET. Streaming is available worldwide with the exception of the UK and Ireland.

To coincide with their Classic Albums episode, The Who are releasing a new Super Deluxe Edition of The Who Sell Out (UMe/Polydor) on April 23, which features 112 tracks spanning five CDs and two seven inches, 47 of which are unreleased including 14 unheard Pete Townshend demos, an 80-page, hard-back, full-color book, including rare period photos, memorabilia (nine posters and inserts), track-by-track annotation and new sleeve notes by Pete Townshend with comments from the likes of Pete Drummond (Radio London DJ), Richard Evans (designer) & Roy Flynn (the Speakeasy Club manager). The Super Deluxe package also includes nine posters & inserts, including replicas of 20" x 30" original Adrian George album poster, a gig poster from The City Hall, Newcastle, a Saville Theatre show 8-page program, a business card for the Bag o' Nails club, Kingly Street, a Who fan club photo of group, a flyer for Bath Pavilion concerts including The Who, a crack-back bumper sticker for Wonderful Radio London, Keith Moon's Speakeasy Club membership card and a Who Fan Club newsletter.

Fans can set a reminder via YouTube for the livestream here.