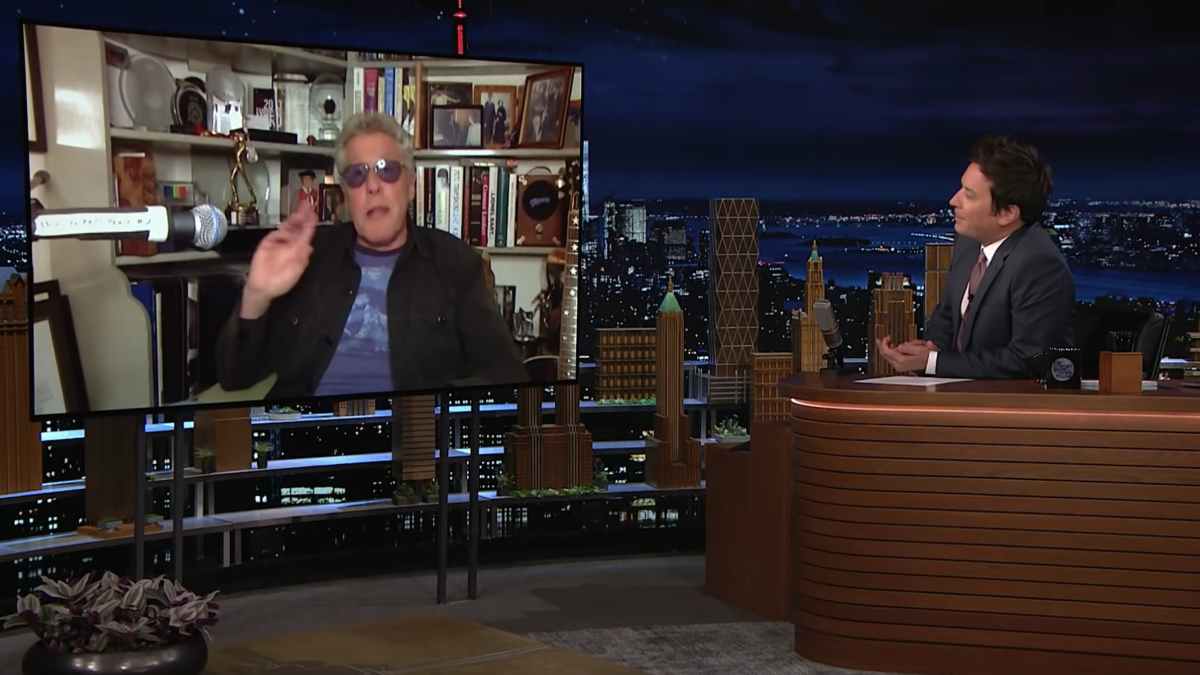 (hennemusic) The Who frontman Roger Daltrey revealed the origins of his legendary microphone swinging technique during an April 26 appearance on NBC-TV's The Tonight Show starring Jimmy Fallon and video of the appearance has been shared online.

"I did it out of pure boredom, actually," explained Daltrey. "I was on a stage with two maniacs and a very straight bass player and I just got bored. I thought, 'I've got this thing in my hand and I'm fed up with holding it up there [next to my face] so what do I do with it?' So I kind of threw it and I held onto the cord and of course it came back. I thought, 'Well that's kind of interesting. Let's see what more I can do.'

"I went on to be pretty good with that thing. I could take a cigarette out of someone's mouth from about 20 yards, which is quite good, you know. I was really quite a good shot with that thing but I can't see now of course...I throw it out and now I just pray that it comes down somewhere [near me]."

Daltrey was on the late night program to promote his involvement in "Rock Camp The Movie", a film that spotlights four campers at the Rock 'n' Roll Fantasy Camp as they get advice from, and play along with, rock legends. Watch video from the TV appearance and a trailer for the movie here.