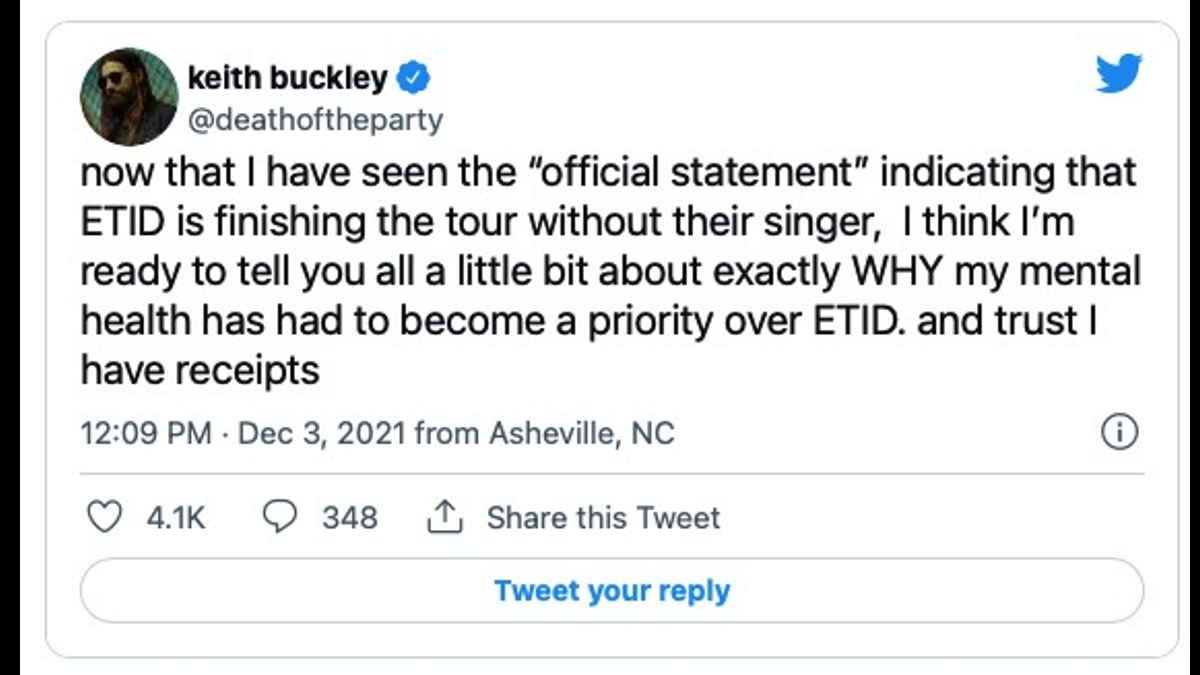 Every Time I Die frontman Keith Buckley took to social media to address his current status with the band after they issued a statement saying that he left their current tour to focus on his mental health.

Keith shared, "Now that I have seen the 'official statement' indicating that ETID is finishing the tour without their singer, I think I'm ready to tell you all a little bit about exactly WHY my mental health has had to become a priority over ETID. and trust I have receipts.

"While meditating in a side room yesterday I overheard my own brother tell an outsider that ETID had been in talks to replace me this entire time. I thought they were my biggest supporters. but Jordan had lied. his concern was a cruel trick. their statement is proof.

"Traveling separately, away from alcohol and the behaviors of those who choose to drink, has brought me peace of mind and has made me the best performer I have ever been. I love the ETID community and finally felt like I was giving back in a meaningful way. And I will continue to.

"Being ostracized from a band I have built for 20 years because I made a decision to do whatever it took to be a good Human Being hurts me deeply, but trust me when I say I am the most mentally fit I have ever been. This decision was made to protect myself from my own sibling."

Here is the statement that the band shared on Friday (December 3rd), "Mental Health is a real issue and when not treated has an impact on so many people. Keith needs to take this time to rest and prepare for the holiday shows and we wish him a quick recovery.

"We also understand that so many of you have been looking forward to these last few shows on our tour. We don't want to let you down so we'll be playing these last three shows without a vocalist.

"Like Keith always says 'this mic is your mic'. So come and help us finish up this tour. Anyone that no longer wants to attend will be given refunds at point of purchase."