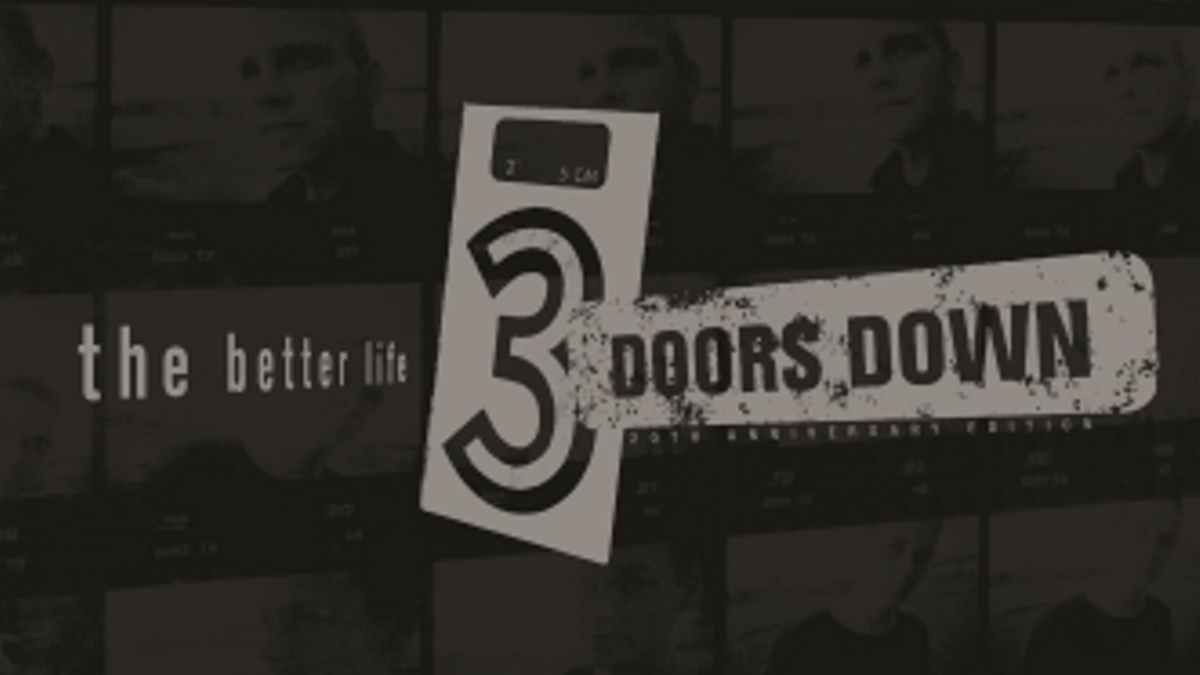 3 Doors Down will be staging the final show in their 3 X Live pay-per-view concert series this Friday, March 5th that is part of their ongoing 20th anniversary celebration for their blockbuster debut album "The Better Life".

The band kicked off the special virtual concert series on February 5th with their "The Better Life" anniversary show, followed by a special acoustic greatest hits show on February 19th.

This Friday (March 5th) the full band will be plugging in for an electric greatest hits performance that will be kicking off at 9PM EST. Tickets and more details are available here.

On March 26th, the band will also be releasing a special expanded anniversary boxset of "The Better Life". antiMusic's Morley Seaver recently spoke to frontman Brad Arnold about a variety of topics including the box set and the 3 X Live shows.

We will be publishing the full interview on Monday (March 1st), but here is an except where they discussed the 3 X Live shows:

antiMusic: You're in the middle of some very interesting shows that your fans should be very excited about. You played The Better Life front to back on the first show and then a greatest hits acoustic style. Did they live up to your expectations? It must have felt good to play and blow off some built-up frustration after this whole year of COVID madness?

Yeah!! Did it ever. It was so fun to play even just on a soundstage in front of some cameramen. It was a lot of fun to do those shows. I mean, it was fun to even practice for them. It was fun to go to band practice. The rest of the band live a little over an hour from me so when we're not touring or playing, I really don't see them that much since my friends live an hour away.

Our last show was Sept 7 of 2019 and I've sung by myself for a couple of corporate deals but with our band, that was the first time we've played since then. My life is pretty quiet. I live on a farm in Tennessee and when I'm home, we're pretty chill. We don't have kids but we have the horses so we're pretty quiet around here. I mean, I've got a loud mouth anyway but I try to be a little quieter cuz my wife is always saying, "Quiet down." (laughs) So when I got ready to sing I went back into my office and put some songs in and I started to sing. I said, "Man! I am NOT ready for this!" (laughs) I just had to blow it out a few nights and just keep singing.

So I was glad that I did because when I went to band practice, I could tell that I did. It was just so fun to get in there and play with those guys and it was even more fun to get on stage and play with them too....and even just to see 'em. It was so fun to do The Better Life first though. Those songs are so fresh because it's been so long since I've heard them.

And I know lyrics to so many songs...I just like lyrics and some of those songs, just even going back listening to them, I was like, "I don't remember this at all." And it was kind of cool because lyrics and songs, the way that you sing them...the elocution of each line changes over the years and sometimes I go back and listen to the songs if we haven't been touring for awhile and I'm amazed at the way they evolve over time.

Somebody told me....I don't remember who it was but they said if you ever write a hit song, you'll have to sing it for 20 years. I've always kept in my mind. And I've told other people that and also like "Hey you'd better take it easy because you're going to have to sing that live, you know?" And some people don't listen. (laughs) They don't. But if you leave yourself a little room, you'll always be able sing it. And you'll always be able to do it a little better live than you did on tape. And I've always tried to do that.

So it was cool to go back and revisit these songs without that evolution of how they've changed over the years. And it's weird without having played them and having had them evolve over the years. Now you go back and sing them and you sing them the way they were back then instead of the evolved way. It's strange.

3 Doors Down Singled Out Week: The Better Life

3 Doors Down Singled Out Week: Loser

3 Doors Down Singled Out Week: Not Enough

3 Doors Down Singled Out Week: Duck and Run

3 Doors Down Singled Out Week: Kryptonite

3 Doors Down Expand The Better Life For 20th Anniversary