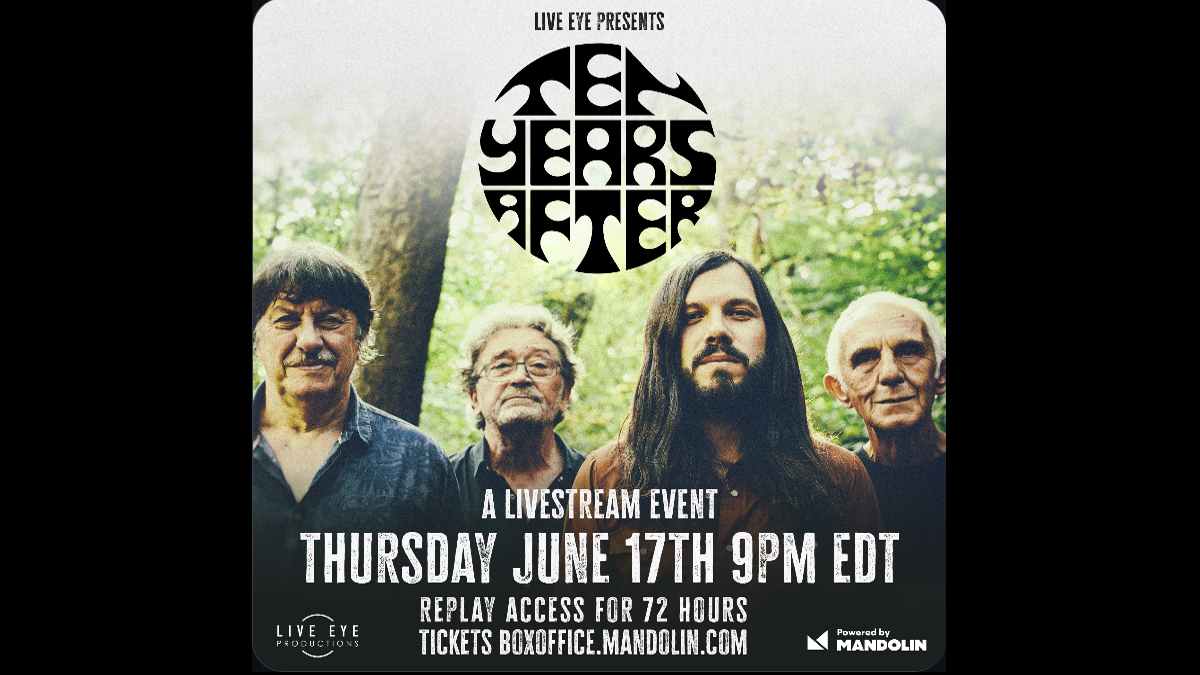 Classic rock veterans Ten Years After have announced that will be part of a special livestream event called "Blue Crossroads" that will feature three different artists.

Ten Years After will be kicking things of June 17th at 9pm EDT (with replay access available for 72 hours afterwards), followed by Marcus Bonfanti Electric Band on July 1st, and Jawbone on July 15th.

Ric Lee had this to say, "Fans can expect an hour long concert mixing new and old Ten Years After songs such as 'Land of the Vandals,' 'Hear Me Calling,' 'I'd Love To Change the World,' 'Silverspoon Lady,' 'Good Morning Little Schoolgirl' and, of course, 'I'm Going Home' plus other tracks.

"From the finished cut I've seen we did capture the excitement of a live gig in spite of the fact that, due to Covid restrictions, we weren't allowed an audience." Tickets are available here.

Ten Years After Want Fans To Rock Their Song