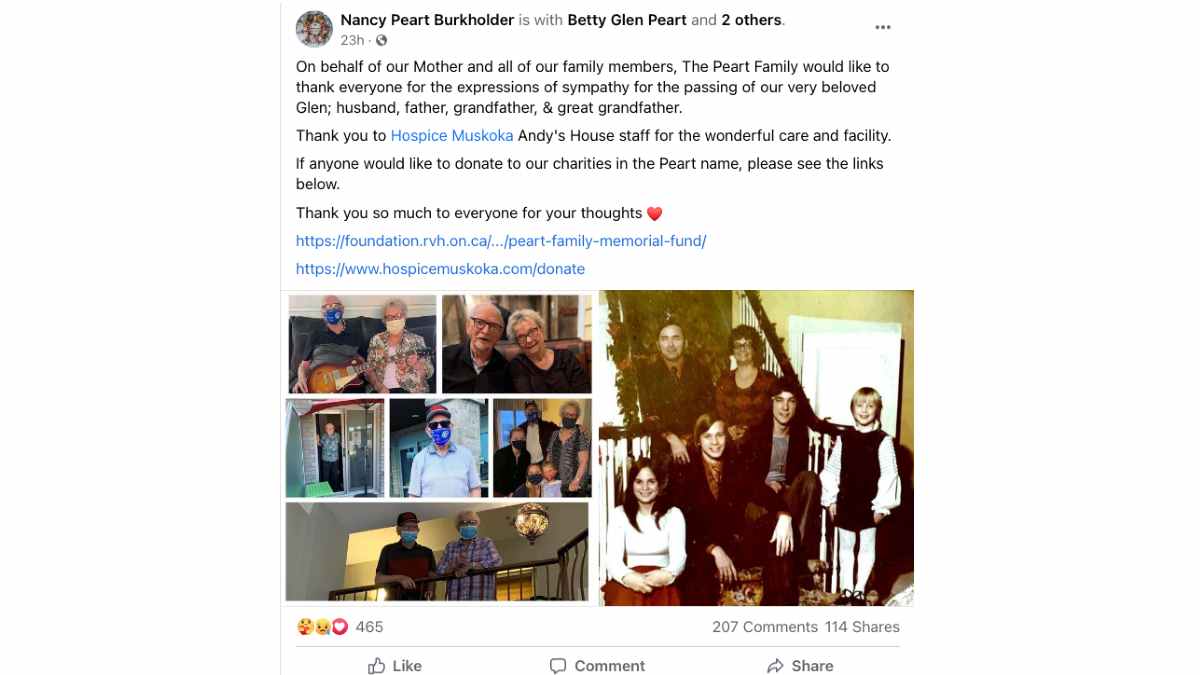 Glen Peart, the father of late legendary Rush drummer Neil Peart died on Saturday, June 12th, after a battle with cancer, according of a social media post from Neil's sister Nancy Burkholder.

Nancy wrote, "On behalf of our Mother and all of our family members, The Peart Family would like to thank everyone for the expressions of sympathy for the passing of our very beloved Glen; husband, father, grandfather, & great grandfather.

"Thank you to Hospice Muskoka Andy's House staff for the wonderful care and facility. If anyone would like to donate to our charities in the Peart name, please see the links below.

"Thank you so much to everyone for your thoughts." See the post here.