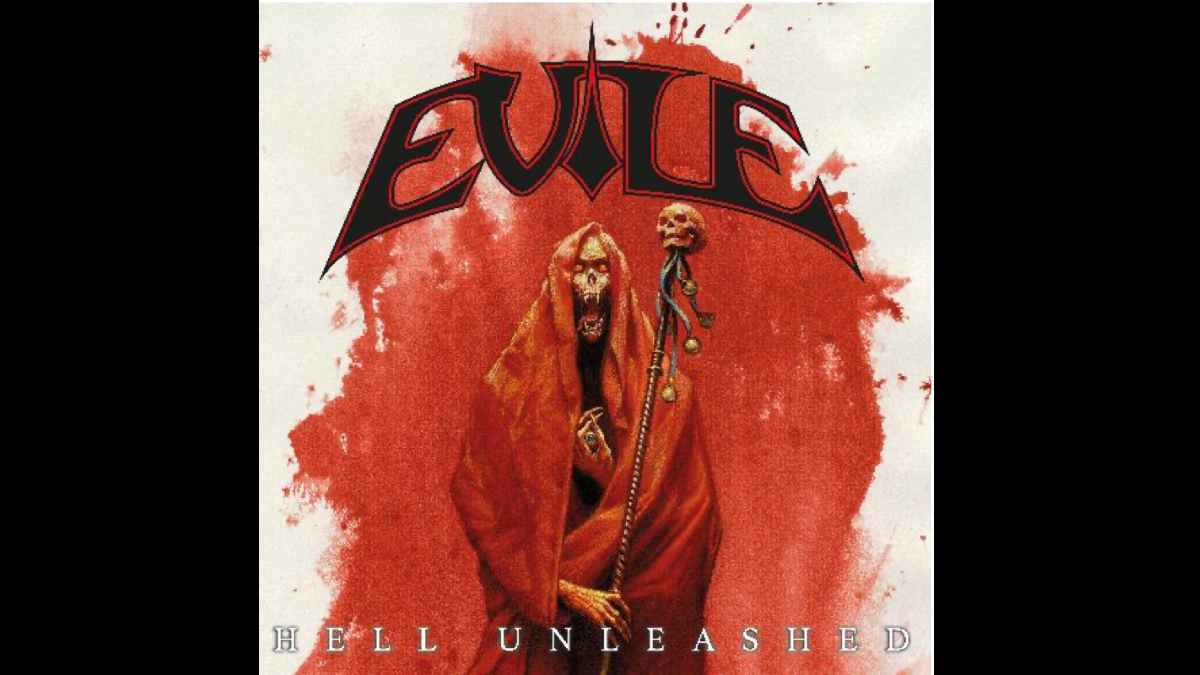 Evile are gearing up to release their new album next month and have shared a video for the new single from the effort. The new track, "Gore", features backing vocals from actor, comedian and musician Brian Posehn.

"Gore" is the follow-up to "Hell Unleashed", the title track to the band's forthcoming album, their first in eight years, which is set to be released on April 30th.

Ol Drake had this to say about the new track, "Here it is! The second new EVILE single from the upcoming album Hell Unleashed. This is a song about a topic that no other metal band has ever covered before; a serial killer.

"This song harkens back more to the first Evile album; it could easily be a track from our beginnings. It's heavy, it's fast, it has some great changes, and it will punch you in the face sonically. The overall message of this song/video is that these horrible individuals are hidden in plain sight. They could be our friends, family, or colleagues.

"We're also excited to welcome back the extremely hilarious and extremely metal comedian Brian Posehn. He was kind enough to provide us with some backing vocals in the chorus.

"Luckily, we only needed the one-word shouting, so we got a great collection of Posehn 'Gore's to sift through. Thank you, Brian! Turn it up LOUD, and enjoy 'GORE'!" Watch the video below: