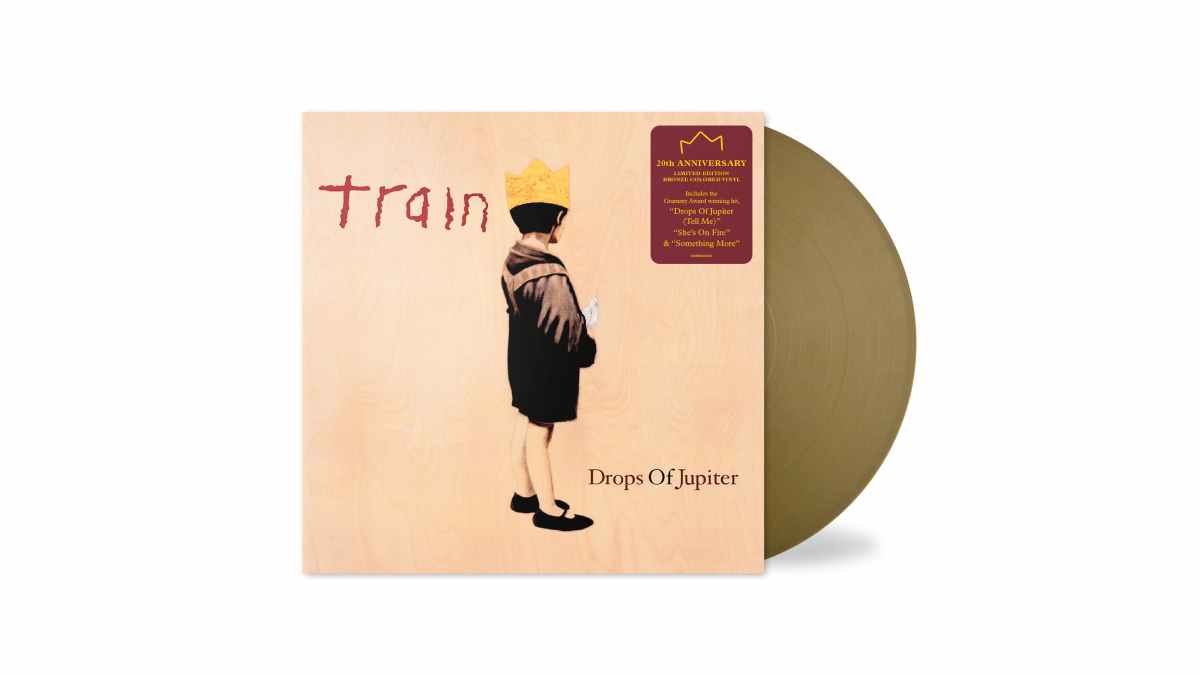 Train are celebrating the 20th anniversary of their hit album "Drops Of Jupiter" by releasing a special expanded edition loaded with rarities and sides and a special vinyl edition.

The limited edition LP version is pressed on bronze vinyl and and the anniversary special edition is also available digitally and features the original along with the bonus tracks "It's Love," "This Is Not Your Life," "Sharks," "Sweet Rain," an acoustic version of "Ramble On," and a live rendition performance of "Drops of Jupiter" from May of 2001.

Frontman Pat Monahan had this to say, "Making the album Drops of Jupiter was one of the highlights of my career and I'm sure it's the same for the others involved. From desperately trying to write songs that matter, to finally landing on a gem and having Chuck Leavell play piano on it and having Paul Buckmaster arrange the strings, it was a whirlwind of tragedy and beauty.

The song itself came shortly after the loss of mother and I'm sure that she wrote it with me in a living room in Erie, PA. This album took us around the world many times and opened our eyes and hearts to the world, filling room after arena with love and full voice sing togethers.

"What a magical time. What a magical record to be a part of. Still in a state of gratitude. Thank you all for making it as special as it is even to this day." Stream the album here.

Train Stream 'Running Back (Trying to Talk to You)'

Singled Out: Savage Existence's A Thousand Pounds of Trainwreck