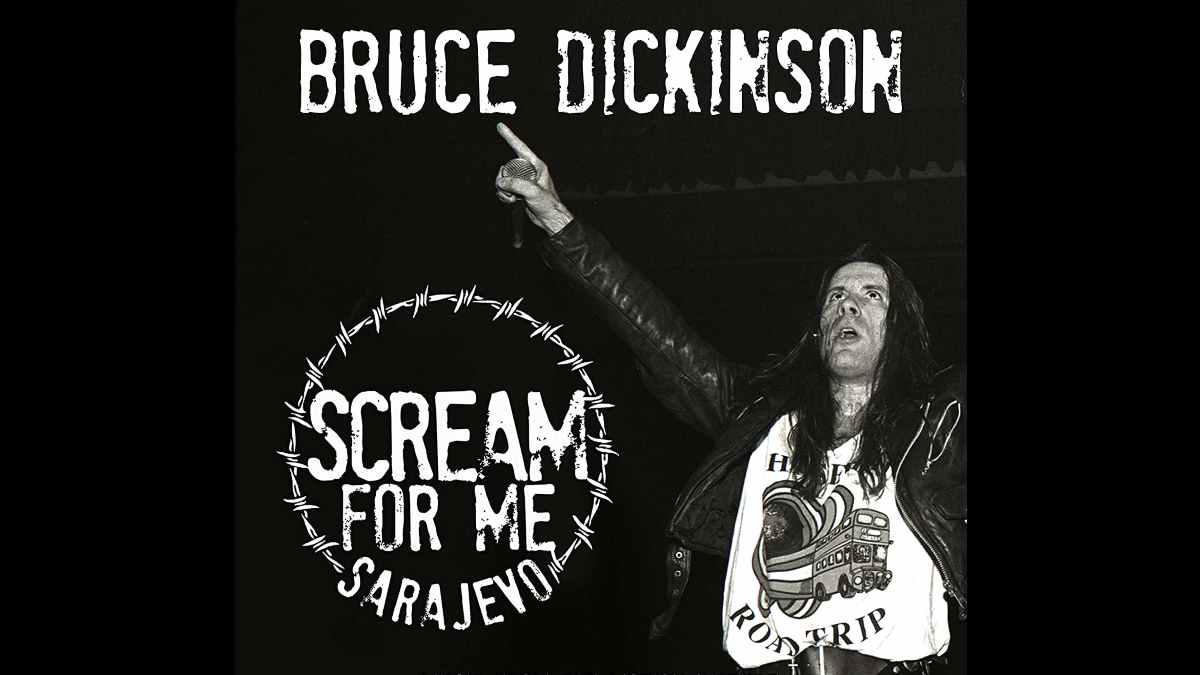 Iron Maiden frontman Bruce Dickinson is teaming up with filmmaker Sacha Gervasi to co-write a screenplay that will tale the story of Bruce's famed 1994 "Scream For Me Sarajevo" concert.

Bruce and his band Skunkworks were smuggled into the city during The Siege of Sarajevo and the historic show was the focus of the 2016 documentary "Scream for Me Sarajevo."

Dickinson had this to say, "The few incredible days I spent in Sarajevo with my solo band pre-Christmas in 1994 were some of the most intense of my life. Crafting a story to bring the emotions, madness, tragedy and triumph to the screen is no easy task.

"My own journey was as a long haired heavy metal singer driving through firefights into a city that had been under siege longer than Stalingrad. Mine was not, of course, the only journey taken on that day, and afterwards, at home in London, I left behind in Sarajevo travelling companions on the road of life. This movie is actually dedicated to their story, not mine."

Gervasi added, "I first met Bruce Dickinson as a 15 year old Maiden fan in London in 1982. Now, nearly 40 years later to be co-writing this extraordinarily intense and personal story with Bruce himself is a genuine and unexpected honor.

"The real story of the kids and local musicians who attended that show is as poignant as it is inspiring. Many of them didn't make it. As Bruce has already said, we hope this film will be a tribute to them."