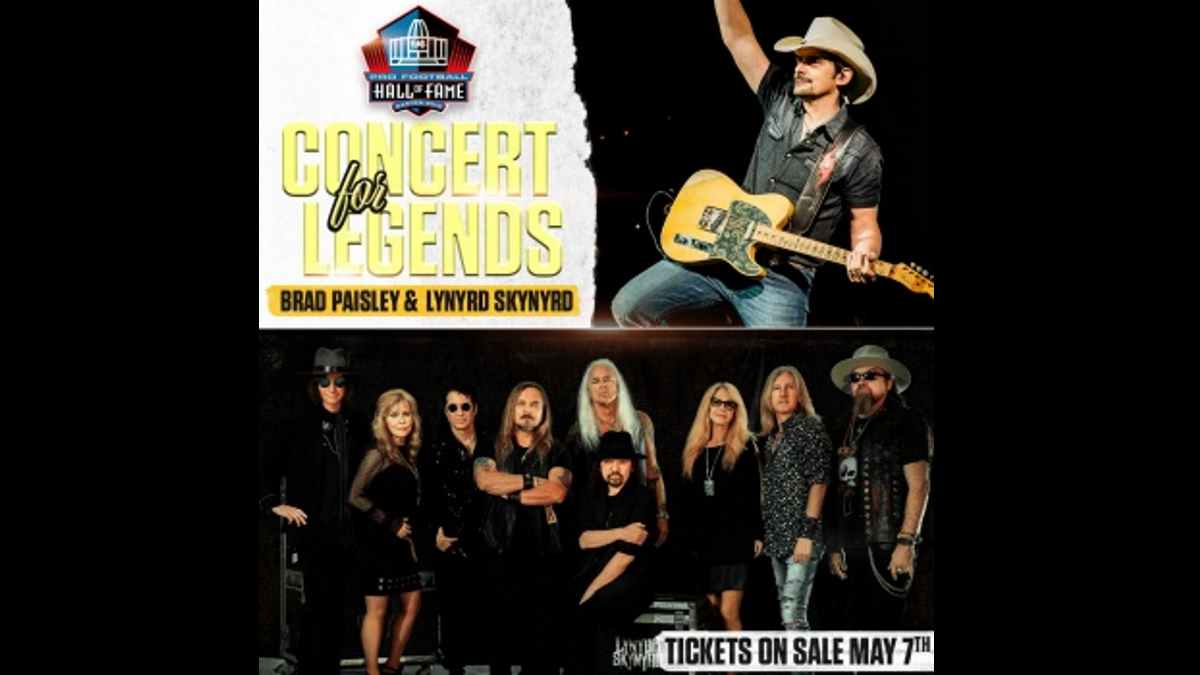 Southern rock legends Lynyrd Skynyrd and country superstar Brad Paisley have been tapped to coheadline the 2021 Concert of Legends for the Pro Football Hall Of Fame.

The concert will be taking place on August 9th at the Tom Benson Hall of Fame Stadium in Canton, OH will mark the culmination of the 2021 Pro-Football Hall of Fame Enshrinement Week.

The concert held on August 9 at 8 PM will wrap up the 2021 Pro-Football Hall of Fame Enshrinement Week. Tickets for the concert will go on sale at 10 AM on May 7. Prices range from $75 to $285. Click here to purchase tickets.

"We are excited for not one, but two music icons honoring and performing in the 2021 Concert of Legends," said George Veras, Chief Operating Officer & Executive Producer at the Hall of Fame, according to News Five Cleveland.

"They join Aerosmith, Tim McGraw, Toby Keith, Kid Rock, Maroon 5 and Imagine Dragons as the great artists who have brought their talents to center stage at Tom Benson Hall of Fame Stadium, which is quickly becoming a 'must' tour stop and fan-favorite music venue." Fans can purchase tickets beginning at 10AM local time on May 7th here.