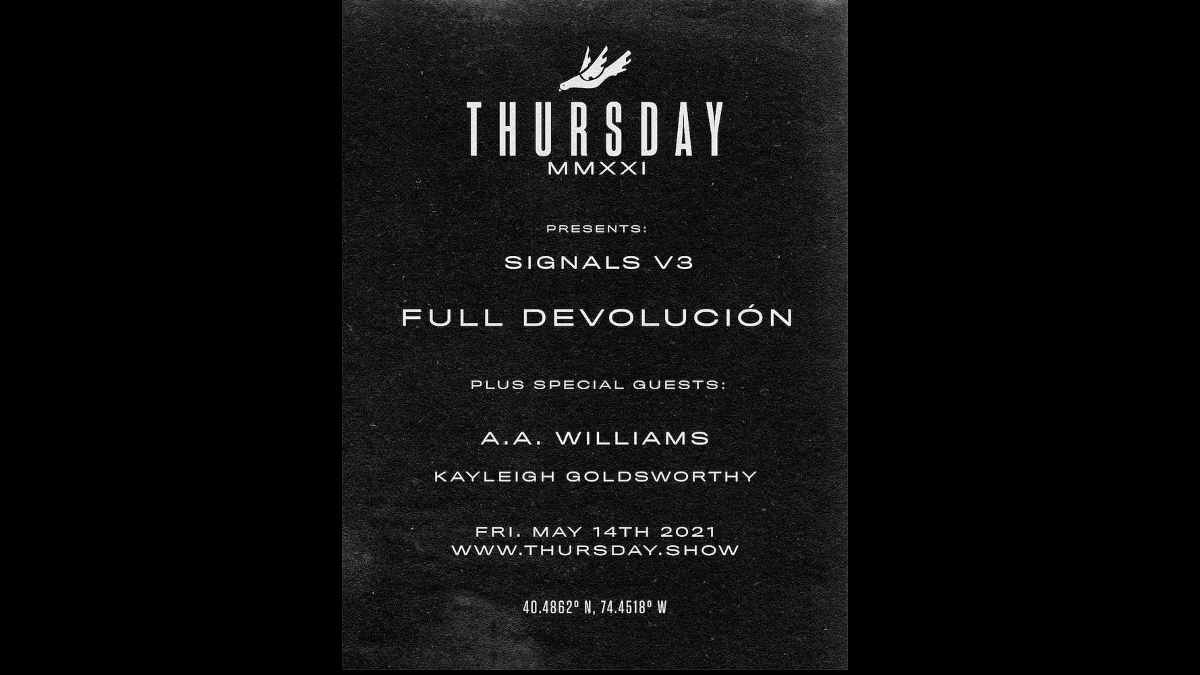 Thursday have announced that they will doing a very special livestream event this Friday, May 14th at 7:30pm EST entitled "Signals V3 - Full Devolucion."

Geoff Rickly had this to say, "After the absolute insanity of the first two Signals streams, we couldn't be more excited that we are bringing the whole band together to play some music.

"We think of Full Collapse and No Devolucion as book ends to the band's sleepless decade and we can't think of a better time to celebrate those years than on the anniversary of another decade passing.

"We'll be playing some of these songs live for the very first time. It might look like we are closing a chapter but it feels like we're opening a book."