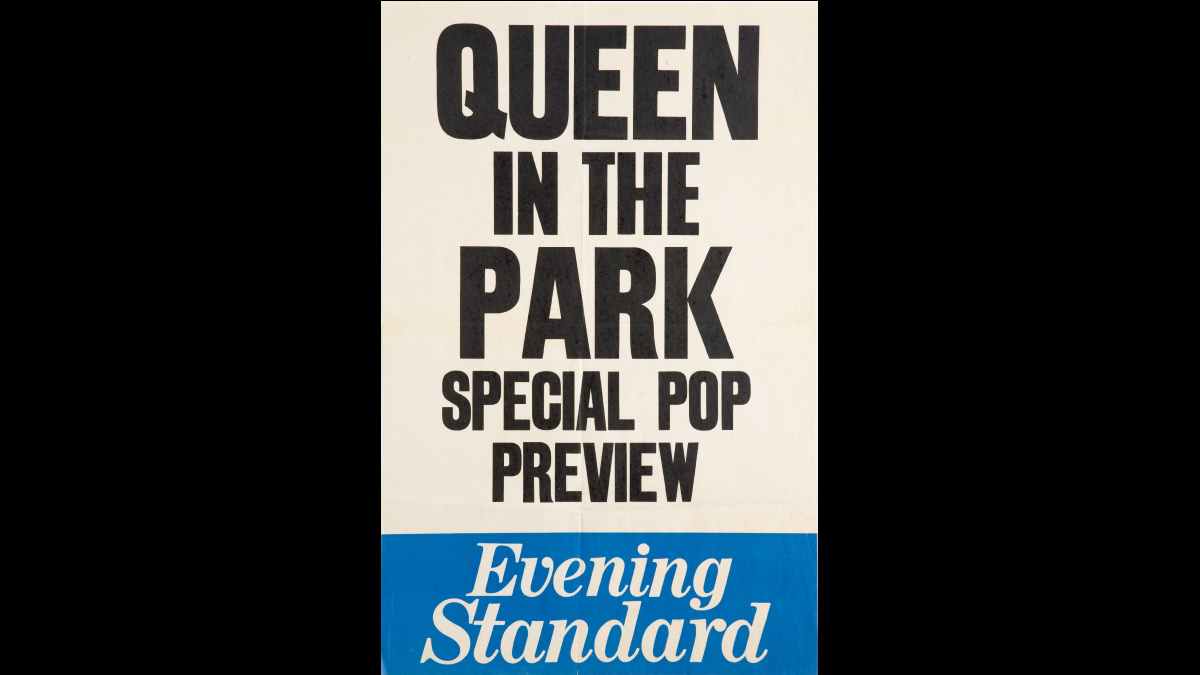 (hennemusic) Queen revisit their free 1976 Hyde Park concert in the latest episode of their weekly video series, "The Greatest." The band planned the September 18 London event as a thank you to fans for the success they had enjoyed in their UK homeland to date with their first four albums, including their first UK No. 1 with 1975's "A Night At The Opera."

Estimated to be somewhere between 150,000 and 200,000 people, the Hyde Park crowd set an attendance record for the venue, while Queen reportedly arrived on stage behind schedule and, after completing an 80-minute set, were denied an encore by local authorities.

"Afterwards, being threatened with arrest if we went on for the encore which nobody realized at the time," explains guitarist Brian May, "but we were sort of hustled into a van on the threat of being taken away to different places. It was very strange. Because I think people got nervous of the crowd, and people worried whether it could be controlled in the dark and things like that... Apart from things like that it was great. "

Looking back at it more recently, the rocker recalls what a big step the Hyde Park show was for Queen, and the significance that night had for the band. "I remember thinking...gulp...you know, we've carved out a place around the world, but England doesn't really think we're that cool," say May. "It was packed beyond belief, and it was really like coming home to a sort of hero's welcome." Watch the episode here.