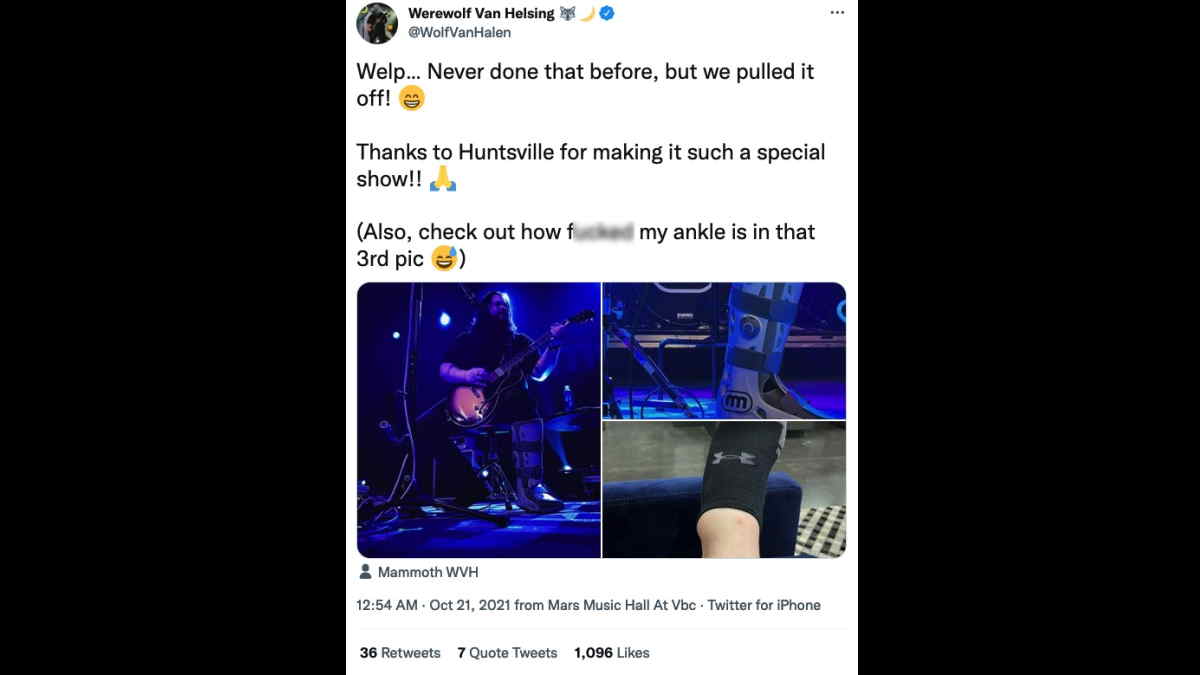 Wolfgang Van Halen shared via social media that he suffered a sprained ankle in an accident exiting a tour bus on Wednesday (October 20th), but he was still able to perform a concert in Huntsville, AL later that night.

He first tweeted, "Ate sh*t walking off the bus this morning and sprained the F*** outta my ankle. Now I gotta rock this boot for 4-6 weeks. Looks like this boot's gonna get some show experience. We'll seeya tonight, Huntsville."

Late in the day, he shared this update, "Ok soundcheck was ...interesting. Looks like I'm gonna be Dave Grohl-ing it tonight, folks. Be patient with me haha."

He tweeted the following after the concert, "Welp... Never done that before, but we pulled it off! Thanks to Huntsville for making it such a special show!! (Also, check out how f***ed my ankle is in that 3rd pic" [see it here]