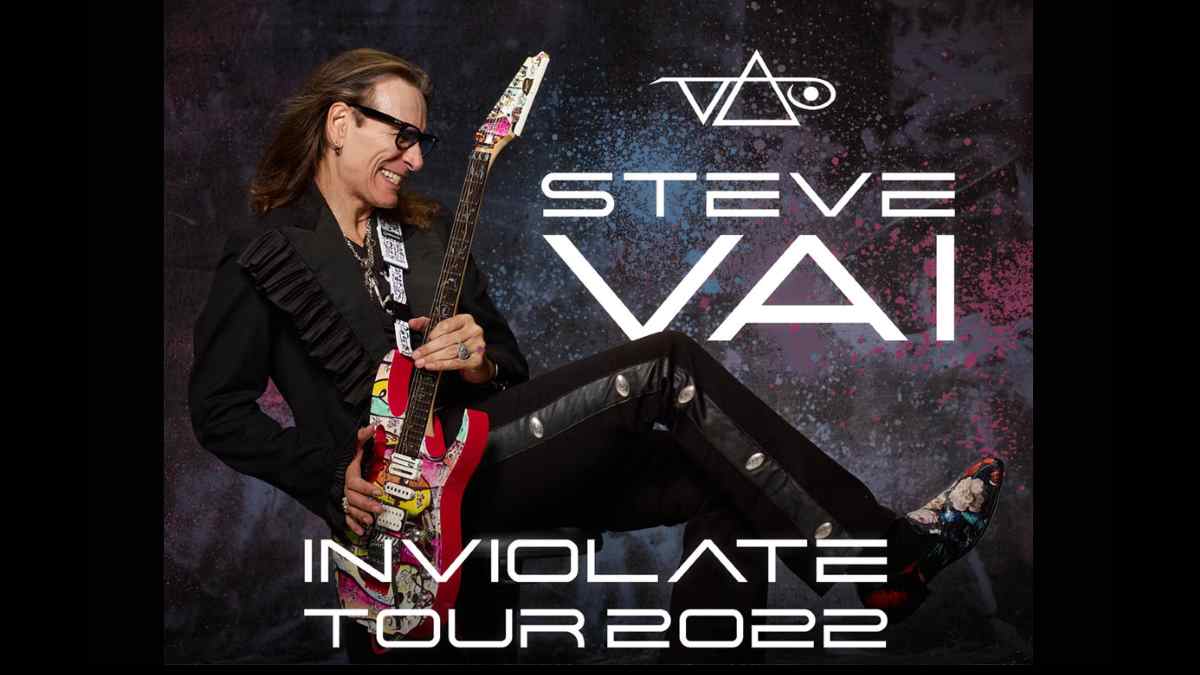 Steve Vai has announced that he will be hitting the road early next year to launch a lengthy U.S. leg of his Inviolate World Tour that was last through spring.

The trek is set to kick off on January 27th in Las Vegas at the House Of Blues and will be concluding on April 2nd in Los Angeles at The Theatre at Ace Hotel.

According to the announcement, the tour will feature an "all-new show featuring a lot of new music, with plans for performances to be staged for the next several years."

Vai will be joined the trek by Dave Weiner (guitar / keys), Philip Bynoe (bass), and Jeremy Colson (drums). He had this to say, "A performer thrives on performing.

"It's been my life for the past 49 years, with the exception of the last two years, so we are chomping at the bit to get out there and play for people. A music concert has the ability to dissolve the many challenges we face, and celebrate one of the good things in life, live music."

Tickets will be going on sale to the general public this Friday, September 17th and a VIP pre-sale begins today (September 15th). See the dates below: