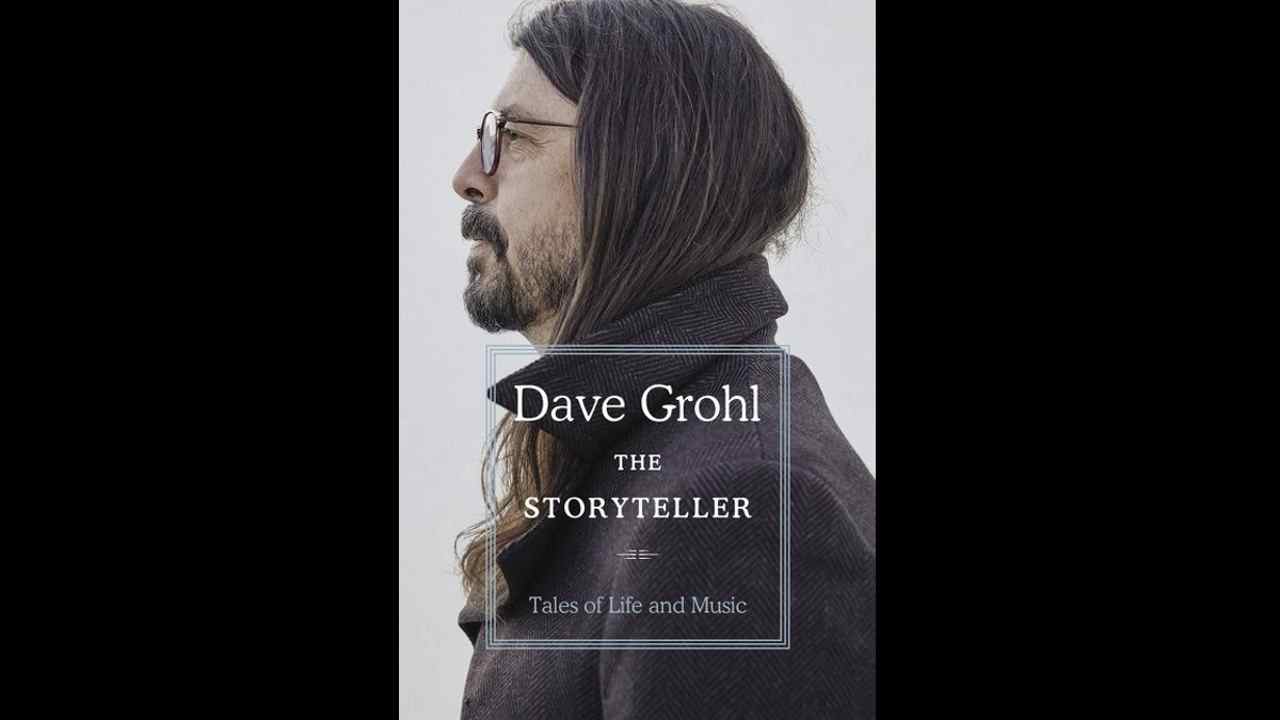 (hennemusic) Foo Fighters founder Dave Grohl is sharing a preview to forthcoming memoir, "The Storyteller." Due October 5 via Dey Street Books., the project sees the lifelong rocker sharing moments from his life story - from childhood through his time with the Washington, DC punk band Scream, the global success and downfall of Nirvana, starting anew with Foo Fighters, and recording and performing alongside music icons through the years.

"I've never been on to collect 'stuff,' but I do collect 'moments," explains Grohl. "My life flashes before my eyes every single day, and in writing this book I tried to capture those moments as best I can.

"When the lockdown happened, I suddenly had nothing to do. I never have nothing to do. I've always been creatively restless, so I thought I would spend my time writing these short stories for an Instagram page 'davestruestories.' And in doing that I fell in love with writing. I thought, 'Oh you know what? Maybe I'll just write a book,' without realizing how gargantuan of a project it would be.

"Narrowing down the stories to put in this book was the biggest challenge," he adds. "I could write an entire book about the band Scream. I could write an entire book about my time in Nirvana. The idea was to choose the stories that best described what it's like to be behind the curtain and on the inside of the music, from the drum stool looking out.

"To play music, have this beautiful family, travel the world, meet people from all walks of life. I never take any of this for granted, believe me."

Grohl and the Foo Fighters released their tenth album, "Medicine At Midnight", earlier this year, and are currently playing shows across the US.

On October 30, the band will be inducted into the 2021 edition of the Rock And Roll Hall Of Fame alongside fellow honorees Tina Turner, Todd Rundgren, The Go-Go's, Carole King and Jay-Z at the 36th annual Induction event in Cleveland, OH. Watch the trailer here.