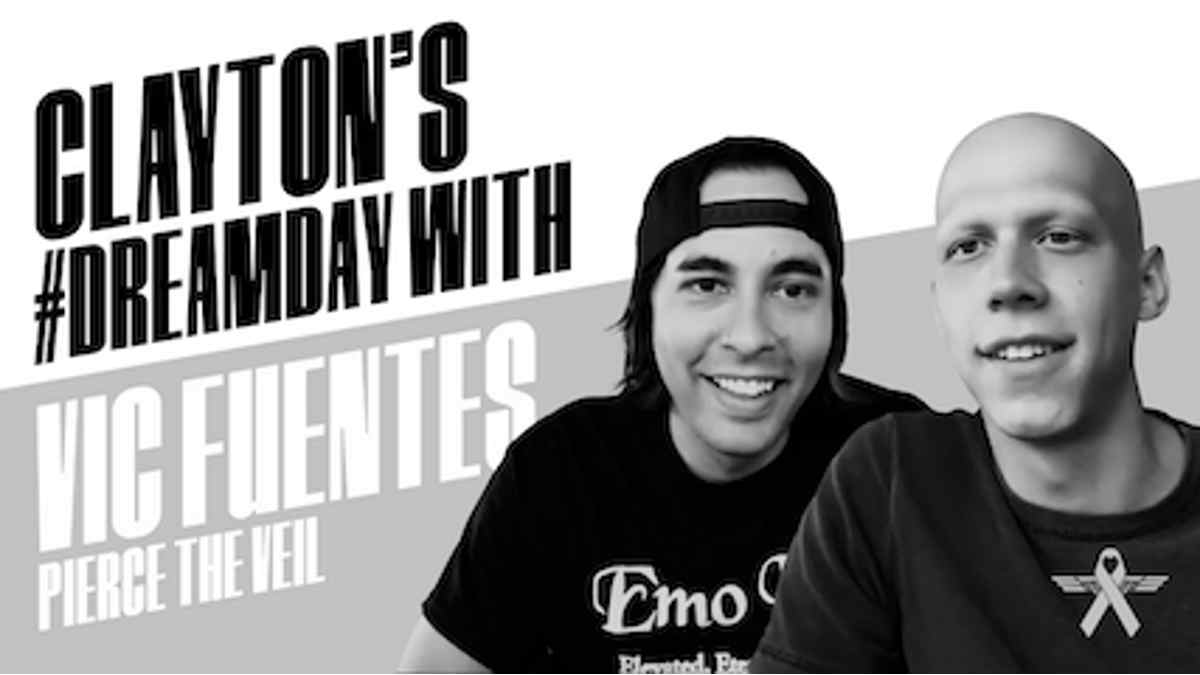 Pierce the Veil frontman Vic Fuentes has shared video of special zoom meeting that he had with a fan that has terminal brain cancer which was organized by Living The Dream Foundation.

Vic is the chairman of the origination that has the goal of helping children and young adults living with life-threatening illnesses understand and embrace the powerful message of truly "living the dream" each day.

Living The Dream Foundation has been making dreams come true for terminally ill music fans at all of your favorite festivals and virtually during the COVID pandemic.

We were sent the following details about Vic's recent zoom call with a fan named Clayton, who received news of his glioblastoma diagnosis, an aggressive and terminal form of brain cancer, last fall:

"For his #DREAMDAY, Clayton virtually met with Vic Fuentes of Pierce the Veil who played some of his favorite PTV songs, arranged for Tony Perry (guitar player) to hop on the Zoom for a surprise, and invited Clayton to be their special guest next time the band plays in his city." Check out the video below:

Pierce the Veil Release 'Hold On Till May' Quarantine Video