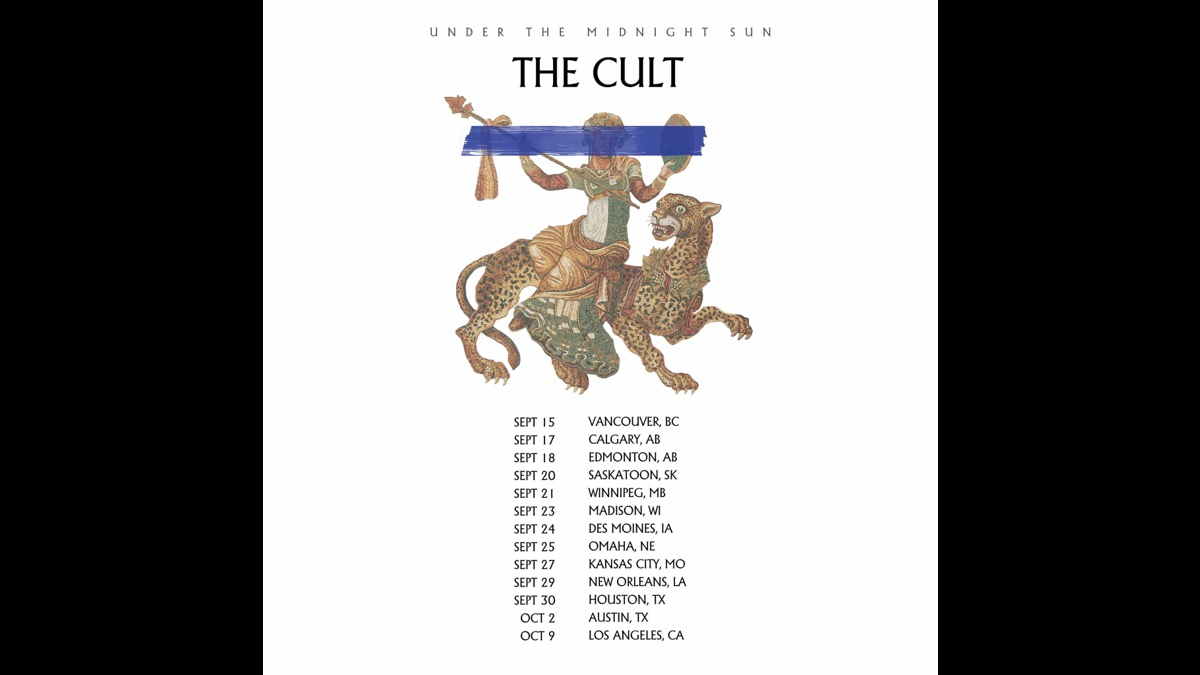 The Cult will be celebrating the release of their new studio album, "Under The Midnight Sun", by wrapping up their early fall tour dates at the iconic Greek Theatre in Los Angeles.

The concert will be taking place on October 9th, two days after the album arrives. The record will feature the band's recently released single, "Give Me Mercy".

The band will be launching the new series of tour dates on September 15th in Vancouver, with a series of dates across Canada, as well as U.S. stops in Madison, Des Moines, Omaha, Kansas City, New Orleans, Houston and Austin.