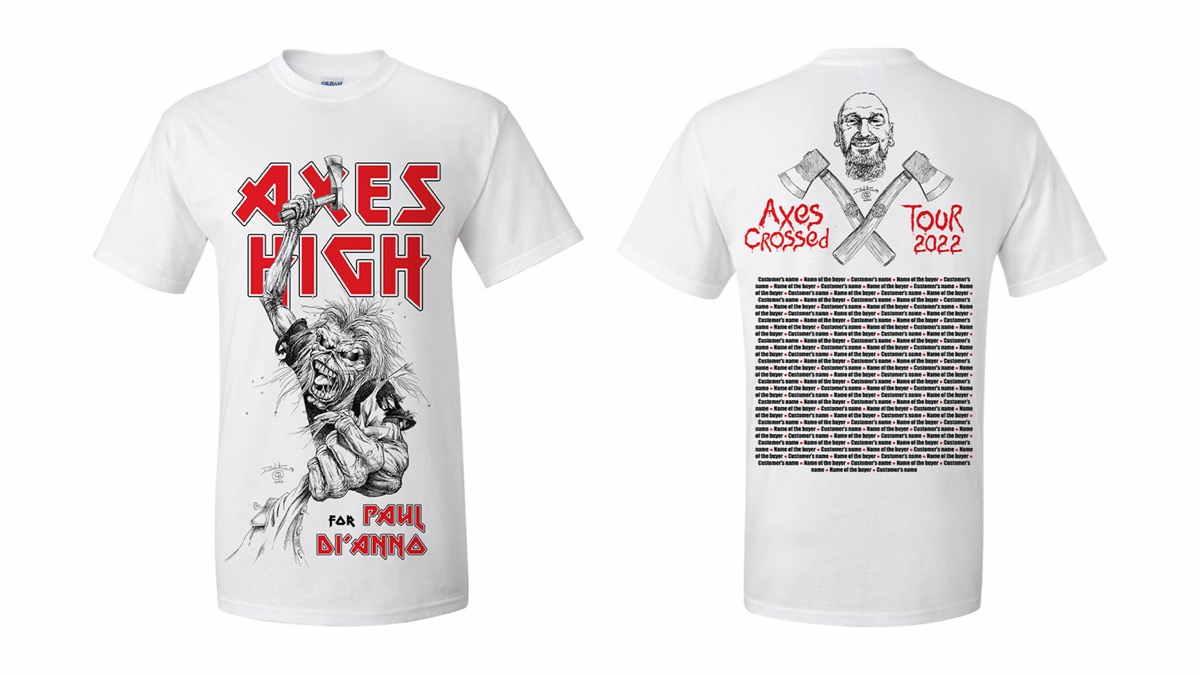 According to the announcement, for the front of the shirt, "Derek chose one of his never-before-used illustrations directly related to the 'Killers' album. He called the illustration 'Axes High', in order to playfully play with the theme of the illustration and the name of the famous Maiden single [Aces High] from 1984."

The back of the shirt will be even more special. Maiden Croatia explains, "The back design of this T-shirt will not be revealed until September 1st, after the design is ready for publication. What is so special & unique about that design that it has to be revealed a whole month later? For the first time in the history, the names of the fans who helped do a good deed with this purchase, will be printed on the t-shirt.

"It means, each t-shirt will be personalized. We want to present it to you in more detail what it will look like. Namely, under the illustration at the top of the back, the inscription 'Axes crossed Tour 2022′ will be written, and instead of the names of the cities and the dates of the imaginary tour, the names of the fans will be written in the same form as tour dates, that are usually found on the bands' t-shirts. It is for this reason that we cannot show you the final design. Only a limited number of names will be able to fit on the back of each t-shirt, so, if you want to be part of history and have your name included, you better order quickly (you can choose not to have your name printed if you don't like to, just let us know).

"This is the first time that Derek has drawn Paul, since the Venezuelan edition of the single 'Maiden Japan' in 1981, where he was decapitated by Eddie." Read more and order the shirt here.