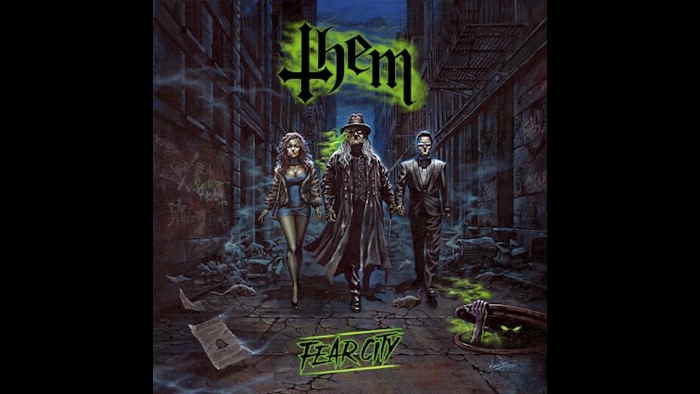 International power metal band Them just released their brand new album, "Fear City", and to celebrate we asked them to tell us about the track, "Welcome to Fear City." Here is the story:

KK Fossor is a man who dies in the 1800s and is brought back by a toxic chemical spill in 1981 to finish a task of finding his Nemesis "Peter Thompson" and his descendants then destroying them. Peter Thompson (The last known witch hunter) was responsible for KK Fossor's family dying at the beginning of the album "Sweet Hollow".

Now, since KK is in 1981, Thompson's great great grandson (Minister Thompson) remains but the tables turn for KK when he becomes trapped in Thompson's lair.

KK is overwhelmed with the technological advancements during his slumber and he sets out to find the great great grandson of his loyal and maniacal servant Remsen. In "Welcome to Fear City", KK seeks out Remsen's descendant all the while being haunted by the loss of his entire family 3 albums ago.

KK is determined to destroy the bloodline of the Thompson family. Will he succeed? Stay tuned...

Them Music and Merch