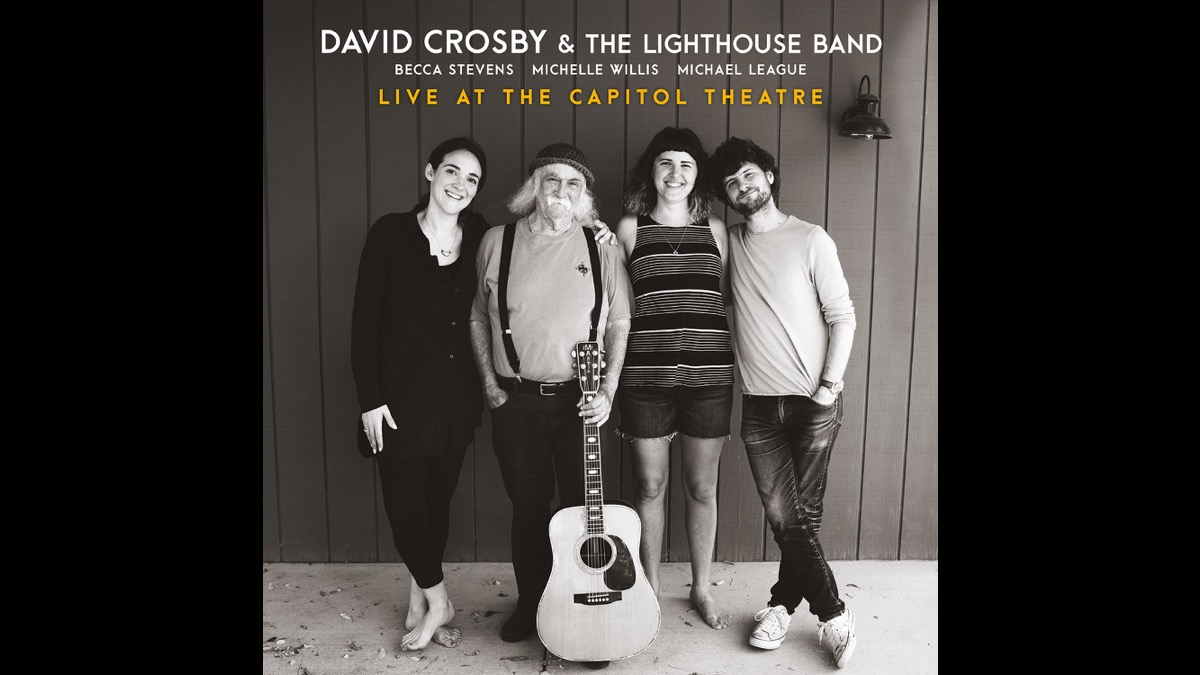 () David Crosby has released another live offering with the song "Guinnevere" from his forthcoming first ever solo live CD/DVD set, "David Crosby & The Lighthouse Band Live at the Capitol Theatre", which will arrive December 9th.

Continuing to forge new paths in his eighth decade, Crosby again joins forces with Becca Stevens, Michelle Willis and Michael League, the three musicians known as The Lighthouse Band, who he's been working with since 2016's Lighthouse album.

Far from just a solo live album/DVD, working with his first new band since CPR (Crosby, Pevar and Raymond), Crosby and The Lighthouse Band quickly discovered their chemistry took a collaborative leap during their 2018 tour together in support of Crosby's seventh solo album Here if You Listen (2018, BMG) culminating in this live recorded set on the last night of the run.

Recorded and filmed at the historic Capitol Theatre in Port Chester, NY, in a particularly meaningful turn for Crosby, the sixteen track live offering also includes an uncut gem with the song "1974" - a long-lost demo track that Crosby had floating around on his computer hard drive for decades.

Peter Shapiro (Owner, The Capitol Theatre) says, "Hosting David Crosby at The Capitol Theatre was an honor for us and when David came out and crushed his performance it elevated things even further. We feel very fortunate that this legendary moment was captured forever."

This very special live performance acts as a celebration of sorts as it spotlights the kindred relationship Crosby shares with League, Stevens and Willis.

Stevens offers, "The Lighthouse band is family. David and I tease about my not "understanding the magnitude of his brilliance". I didn't grow up with his music. I knew his name, but that was about it. I've gotten to know him purely through my experience of him in the present moment, generous, endlessly inspired, ambitious, and completely insane (in all my favorite ways). A man who has known immense fame, and yet would start a band at seventy something with three youngish weirdos, begging them to share the light with him. There's something truly wonderful in that, and truly David."

Willis adds, "He (Crosby) has gifted us his friendship, care, wisdom, humor, family, and community. And in addition, he has given Mike, Becca and I endless tools to create something of beauty to offer. This is because he truly believes in music, and its ability to profoundly change and make better those who encounter it. I'm so grateful to have a fighter like Croz in my life."